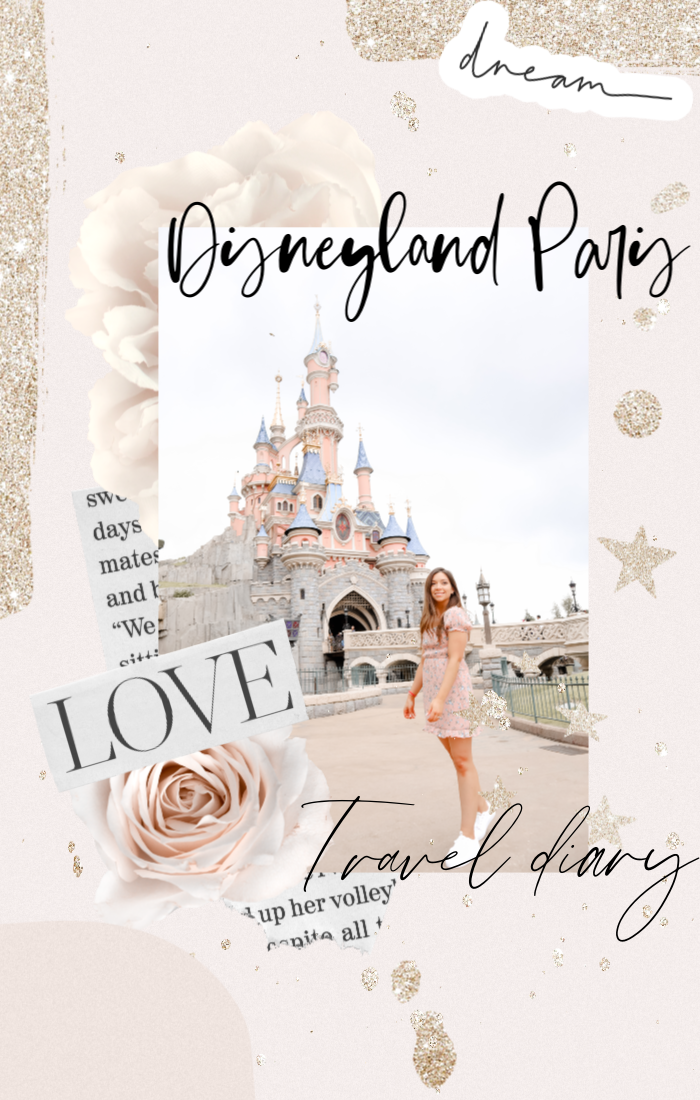 Last Monday, we had the least Monday-iest Monday ever, as we flew to Disneyland Paris for a few days to have some fun and to experience that Disney magic.

Flying from Birmingham to Charles De Gaulle, on an early morning flight, we arrived in Paris around 11am and hopped on the Magical Express to Disneyland Paris.

We arrived at our hotel for the next couple of nights ; Sequoia Lodge, which is so close to the actual park, we timed our walk to be six minutes, and absolutely loved being able to walk back and forth to our room from the park.

After a quick change, and refresh it was time to hit the park for our first day.

We were very excited, and also feeling very lucky as we were kindly gifted our park tickets and accommodation from Attraction Tickets Direct. We were asked if we’d like to try their new Disneyland Paris Multiday Experience + ticket which includes extra money can’t buy perks that don’t come with the regular park tickets. 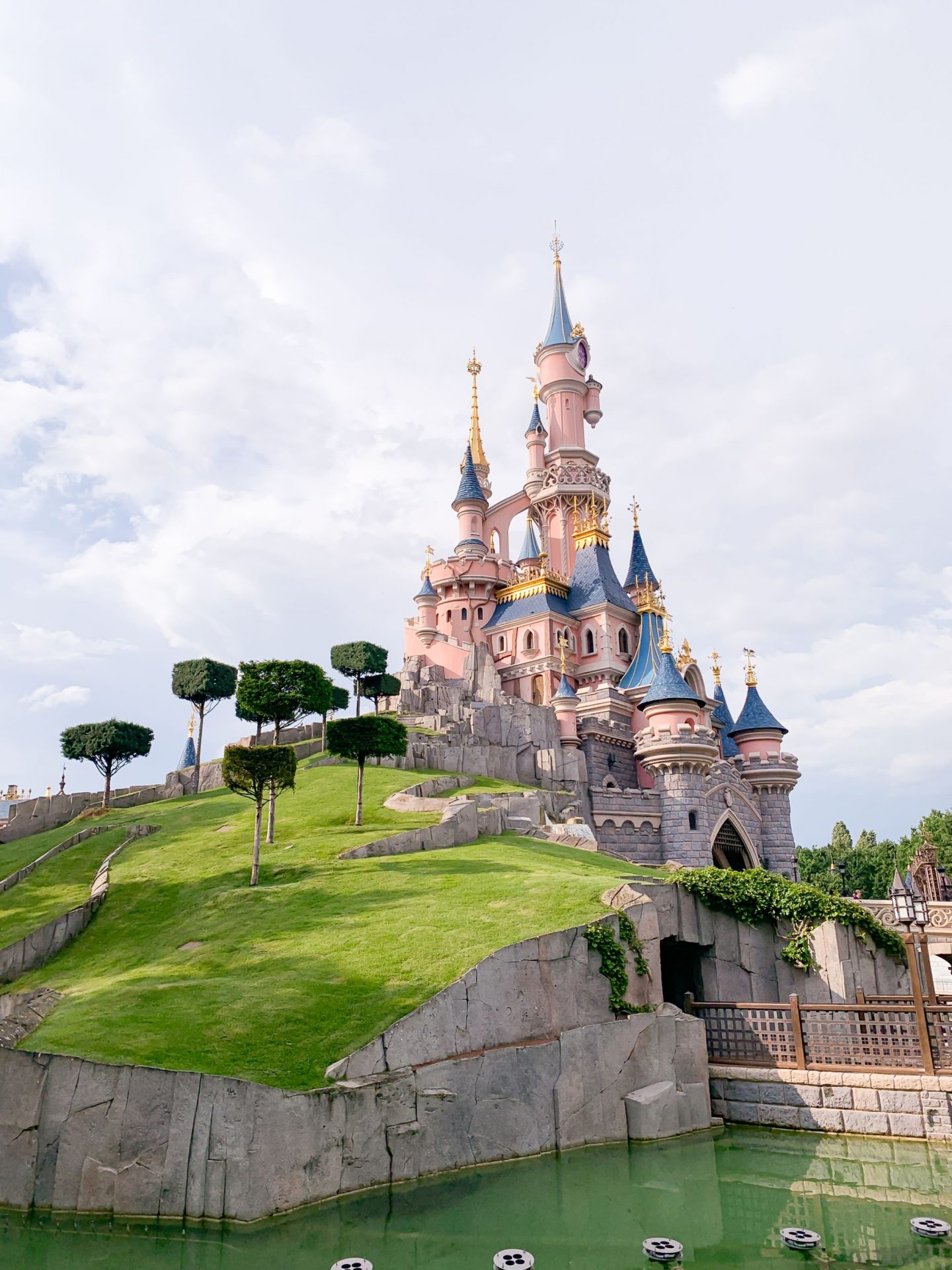 We had the 4 day/ 2 park tickets, but these also come in 2 and 3 day tickets too. The parks are smaller than the ones in Disneyworld in Orlando, so you could probably get everything done in 2 or 3 days.

The tickets include perks such as extra fast passes (for your second day) a VIP area to watch the illuminations (on your first night in the park) and other discounts at restaurants and the shops.

After checking in at Guest Relations, we got our tickets and hopped off to Disneyland Park to explore.

Our first day was a bit of a blur, we got our bearings, and went on a few rides, including Phantom Manor, It’s a Small World, Star Tours and then went across to the Studios Park and went on the Studio Tram Tour, and having a good look round. Whilst taking the obligatory Instagram photos too!

After our 4am early start, we went to back to the room late afternoon for a quick refresh, the fireworks didn’t start till 11pm, so we had loads of time to wait.

After a quick nap, and lie down for a bit, we headed into the Disney Village which was a few minutes walk from our hotel which has loads of shops, and restaurants to choose from. We went to Vapiano’s, an Italian for our dinner, and shared a pizza which was really good. 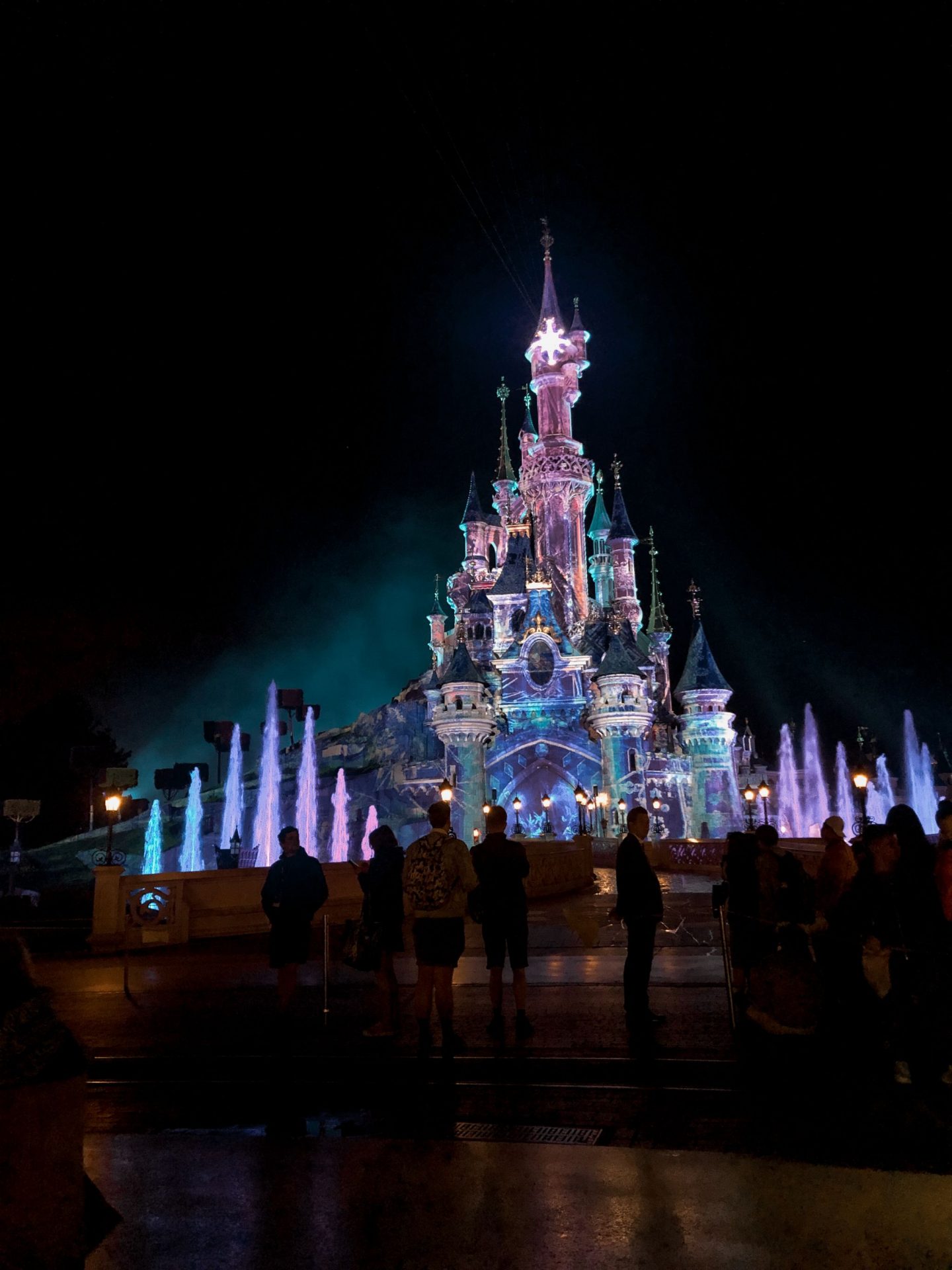 We then headed to the park to get our spot for the fireworks. So with the Multiday Experience + tickets you get a VIP area to watch the illuminations from. This area was incredible. It was right in front of the castle, you had the perfect view, and there was about 10 of us in total there. The tickets are limited, as there is only a few on sale for each day, and they’re currently only on sale till 30th August 2019, so perfect for a trip this Summer.

We loved it, and it felt really, really special.

After watching the fireworks it was time for the park to close and to get to bed, we slept so well, the beds at Sequoia Lodge were so comfy! 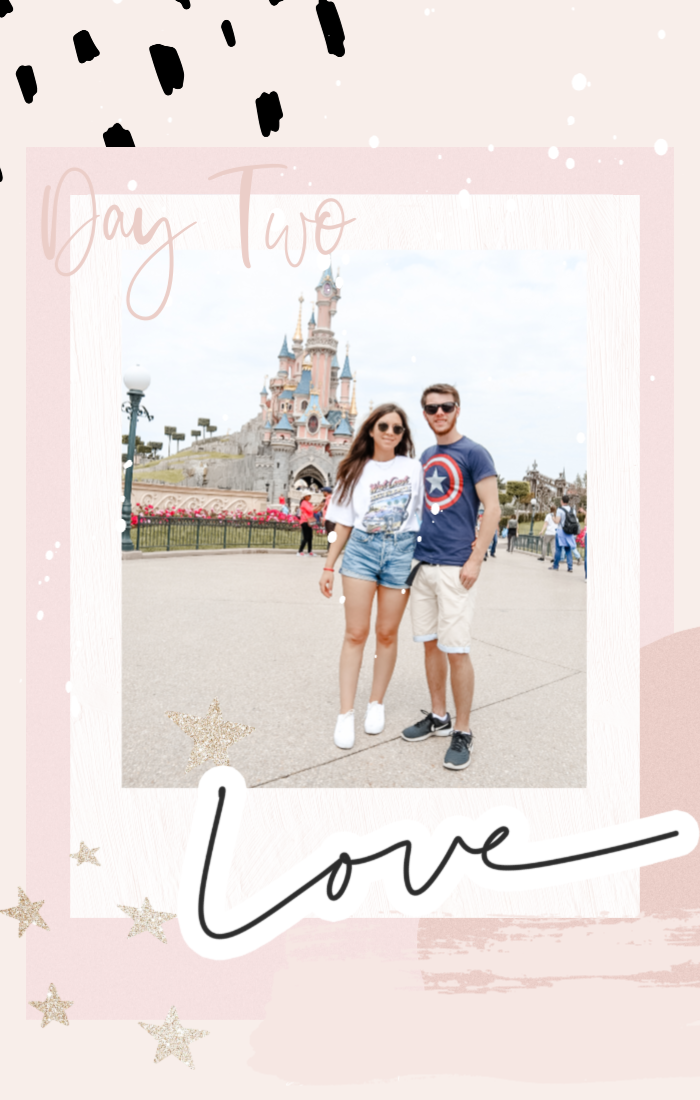 When you stay at a Disney hotel, you get extra magic hours, which means you get into the park before it opens to the general public. This was from 8:30-9:30 and this was amazing as it was so quiet! 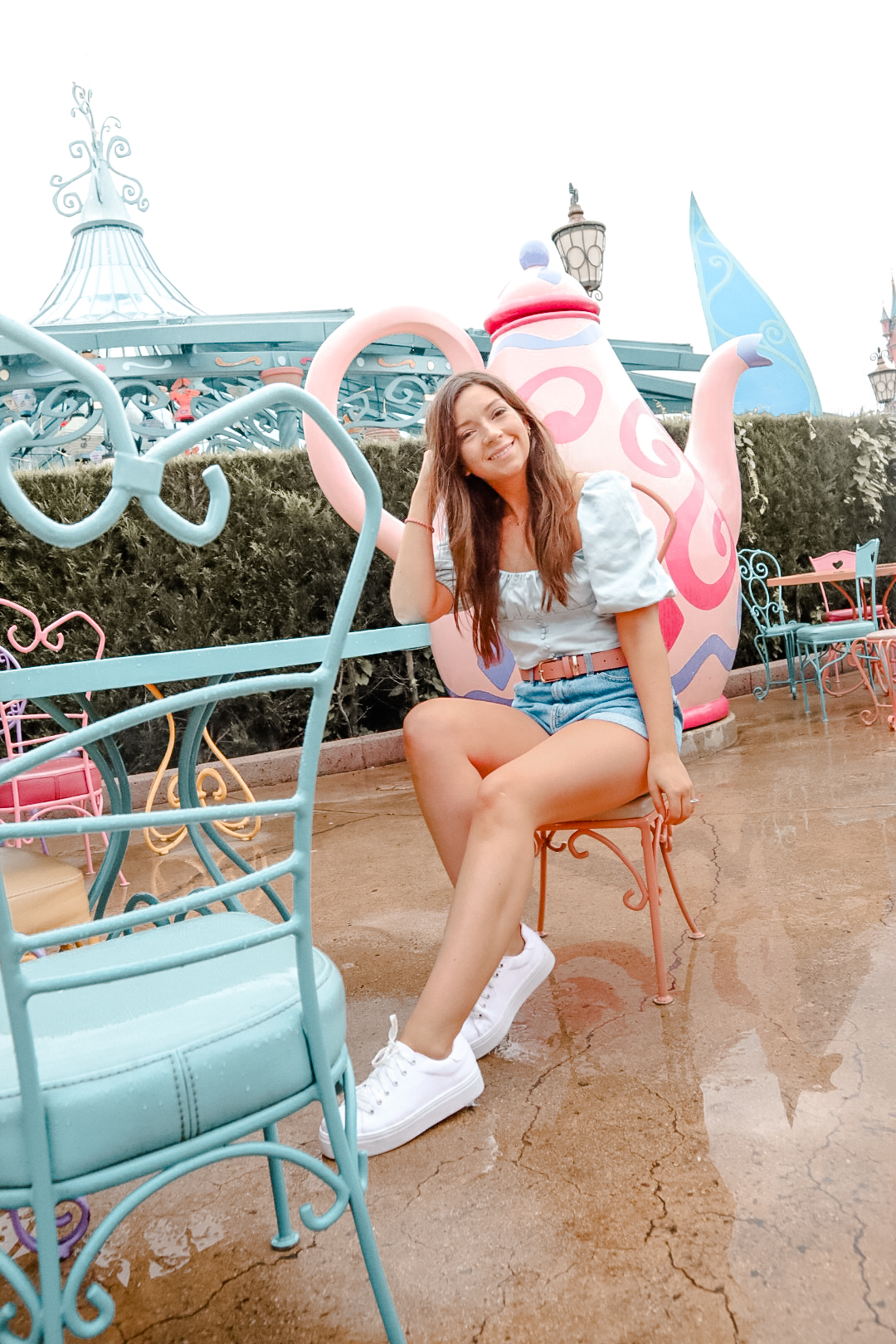 We used this time to take photos and get round all the rides we wanted to do. We went on Big Thunder Mountain (our fave) twice on this morning as well as Space Mountain (Henry did this – not me haha) and Star Tours, as these all had super long times later on in the day.

We spent the morning riding rides and dodging the rain, before heading back to our room, grabbing some breakfast from Starbucks en route, and having a quick change (for me anyways.)

We then spent some time at the Studios park where we went on some rides, and watched a couple of the Marvel Superhero shows as it was Marvel season. 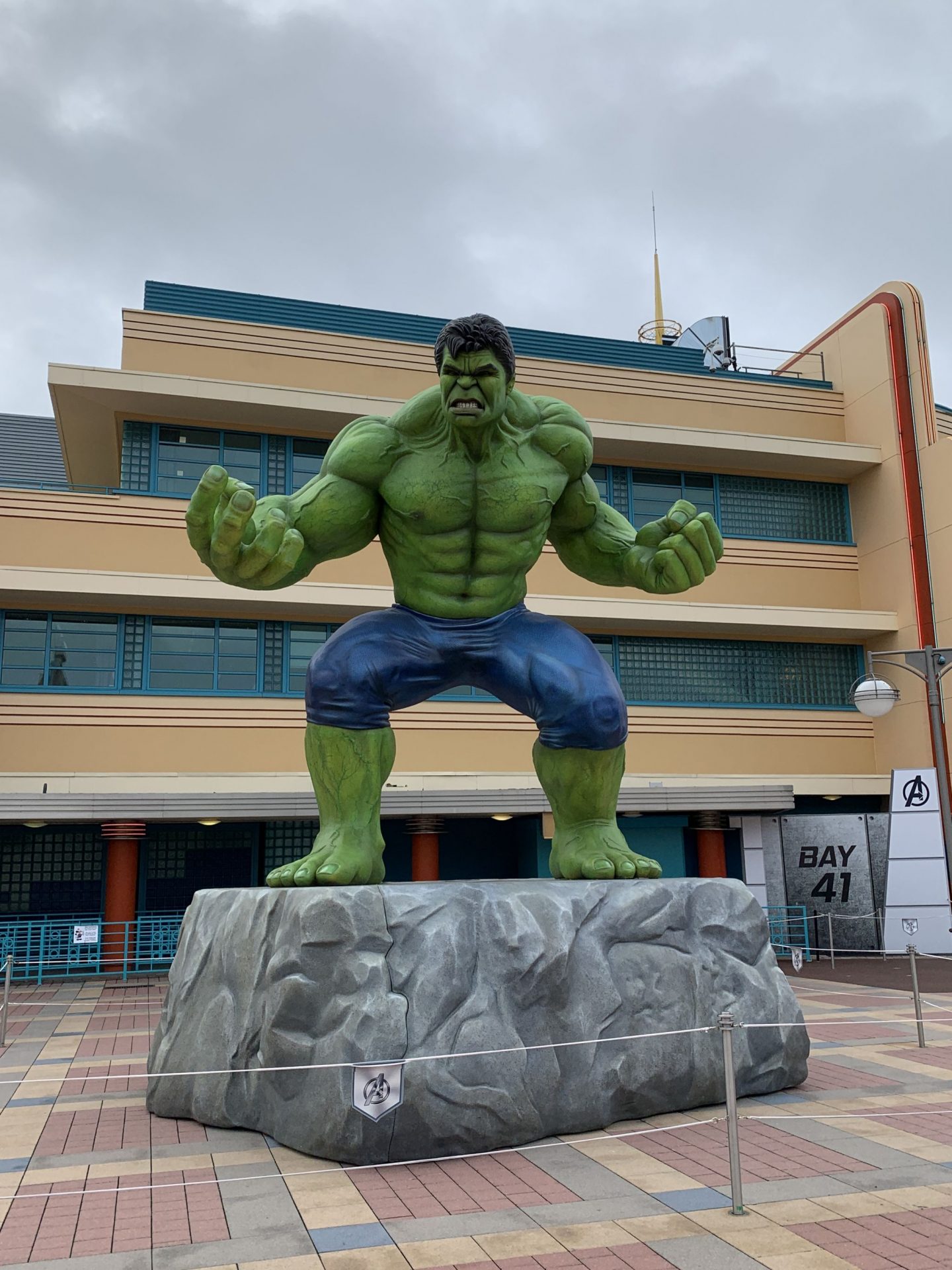 We then headed back to the Disneyland Park to have another stroll around and ride some more rides. And this was our second day, we had extra fastpasses which means you get onto the rides quicker.

You normally get 3 fastpasses a day, but because of the Multiday Experience+ ticket, you get 6 on this day. The extra three are for 3 family rides which have the biggest wait times.

These are the Ratatouille ride at Studios park, Peter Pan’s Flight (always has the biggest wait time!) and Star Tours (it’s usually the Buzz Lightyear ride but this was under refurb so it was Star Tours instead.) Such a good way to ride extra rides, and we got so much done thanks to these fastpasses!

It was such a nice afternoon in the end, we headed back to the hotel to hopefully go swimming, but we hadn’t realised the pool was being refurbed (so something to be aware of if you’re staying at Sequoia Lodge soon) so we sat on the sun deck before going back to the room to get ready for the evening. 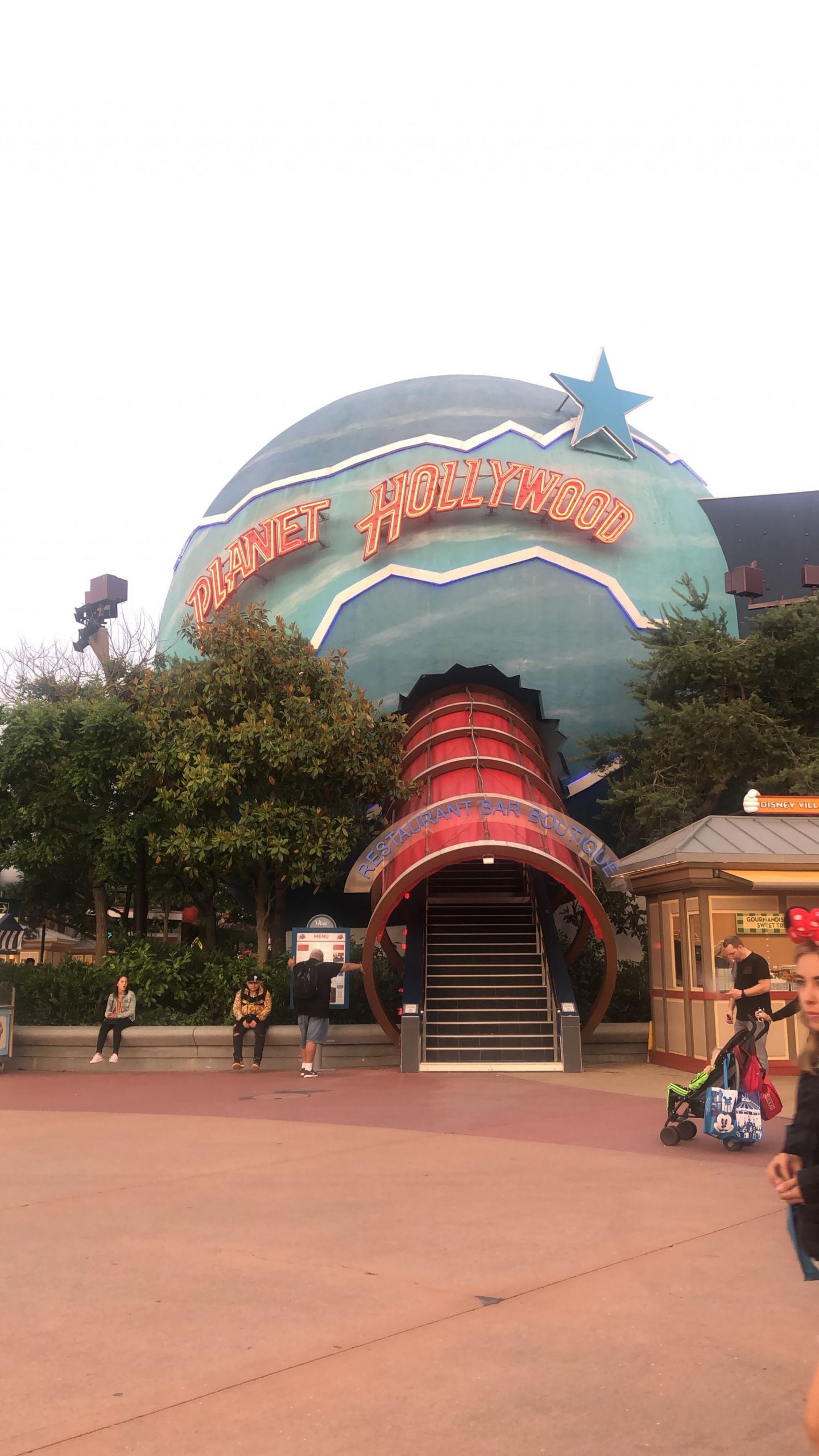 We had dinner at Planet Hollywood, which is also in Disney Village, its like an American themed restaurant, we both had burgers and couldn’t believe how quick the service was. When you buy Disneyland Paris tickets from Attraction Tickets Direct, you get 15% off at Planet Hollywood which is great.

It was a nice meal though, and after sharing a massive brownie for pudding, we strolled back to our hotel.

The early mornings, and the late night before had caught up with us. Anyone else who has been to Disney will know how tired you get, our health app on our phone said we’d walked about 20km each day, so we were shattered!

Feeling rejuvenated, we headed into the Studios park for Extra Magic Hour this morning. Henry got round all the rides he wanted to do, and we had a good stroll round before going back to Disneyland Park to ride Big Thunder Mountain twice before the queues built up. 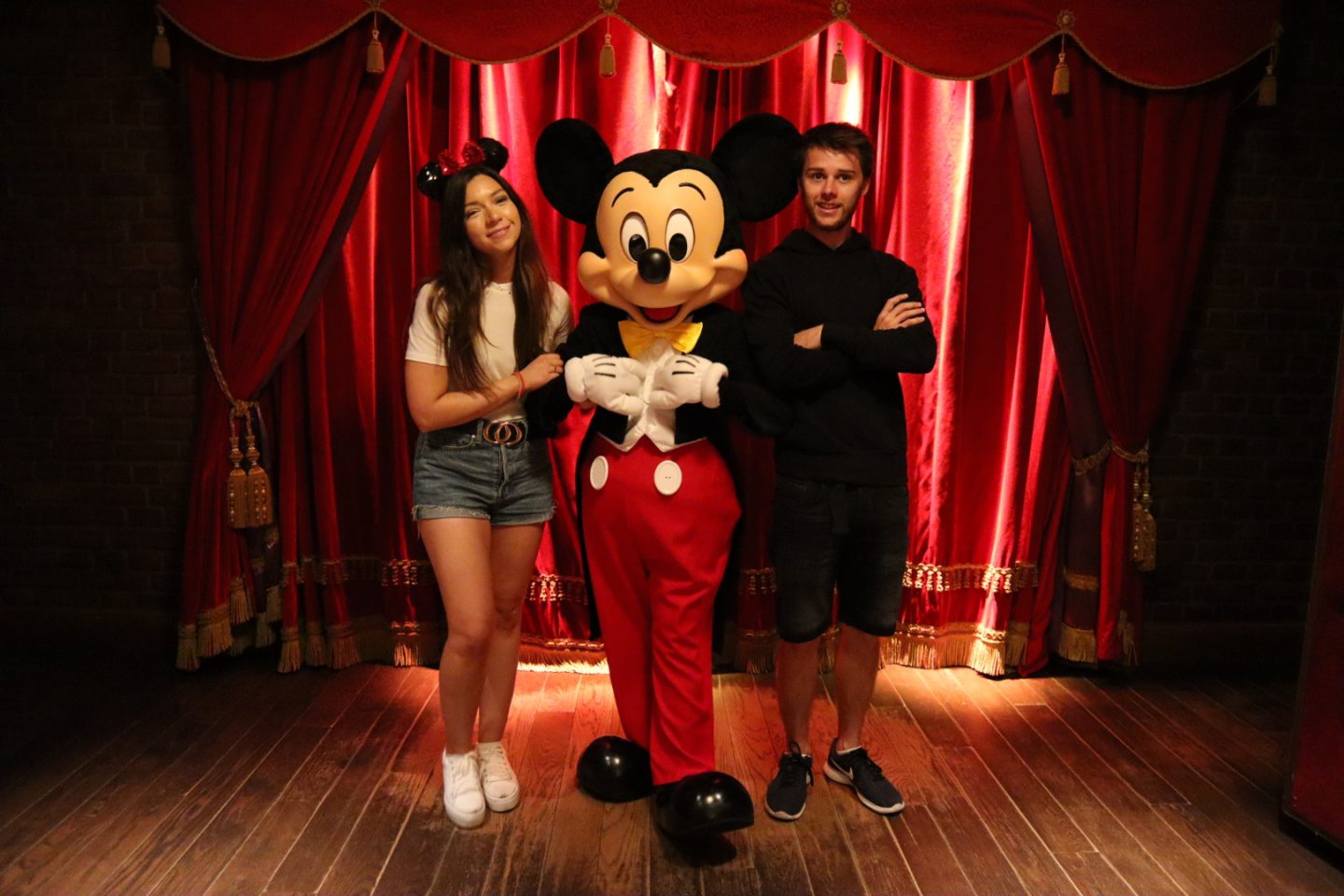 This was literally the rainiest day ever, so we spent the most of the day riding rides, we also went and met Mickey mouse, which was fun, and a very good way to dodge a rainstorm! 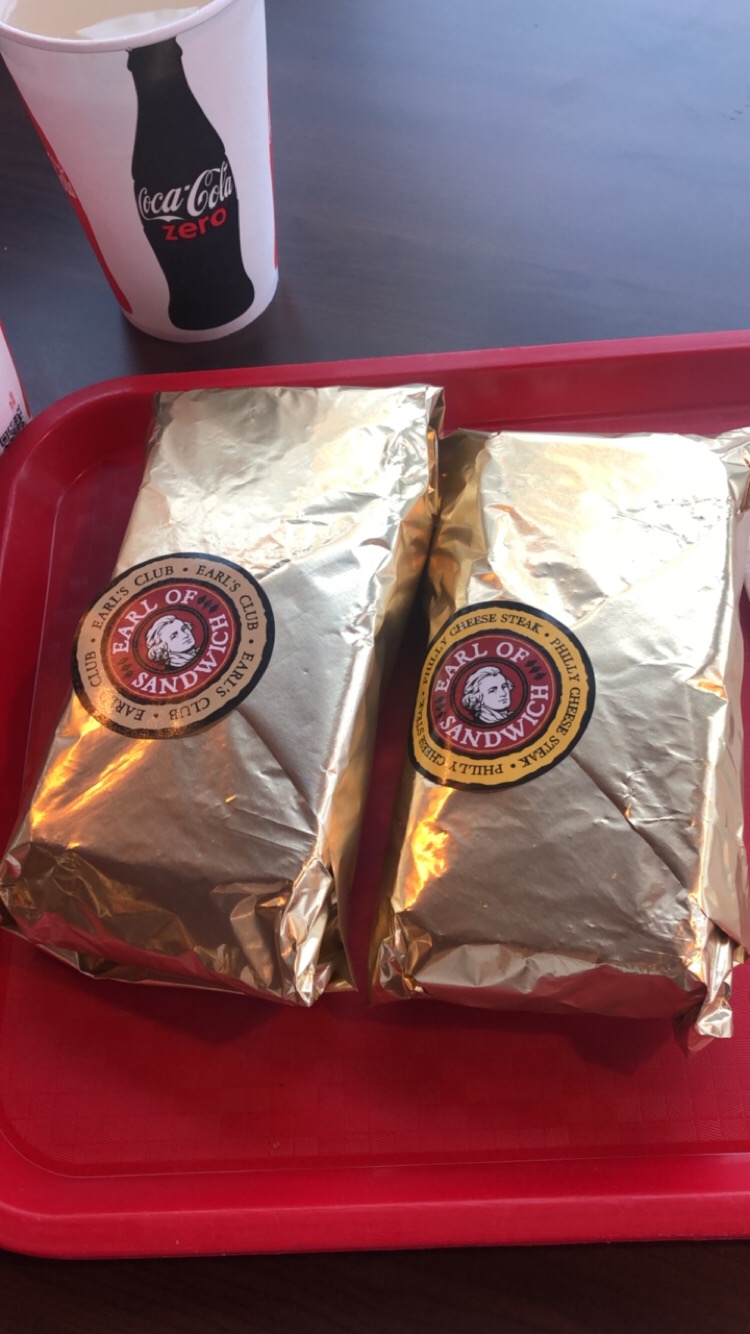 We went to Earl Of Sandwich which is also at Disney Village for lunch, which was so good! You also get a 15% discount voucher when you buy from Attraction Tickets Direct. We loved it, the sandwiches were so good, we even went back the next day! 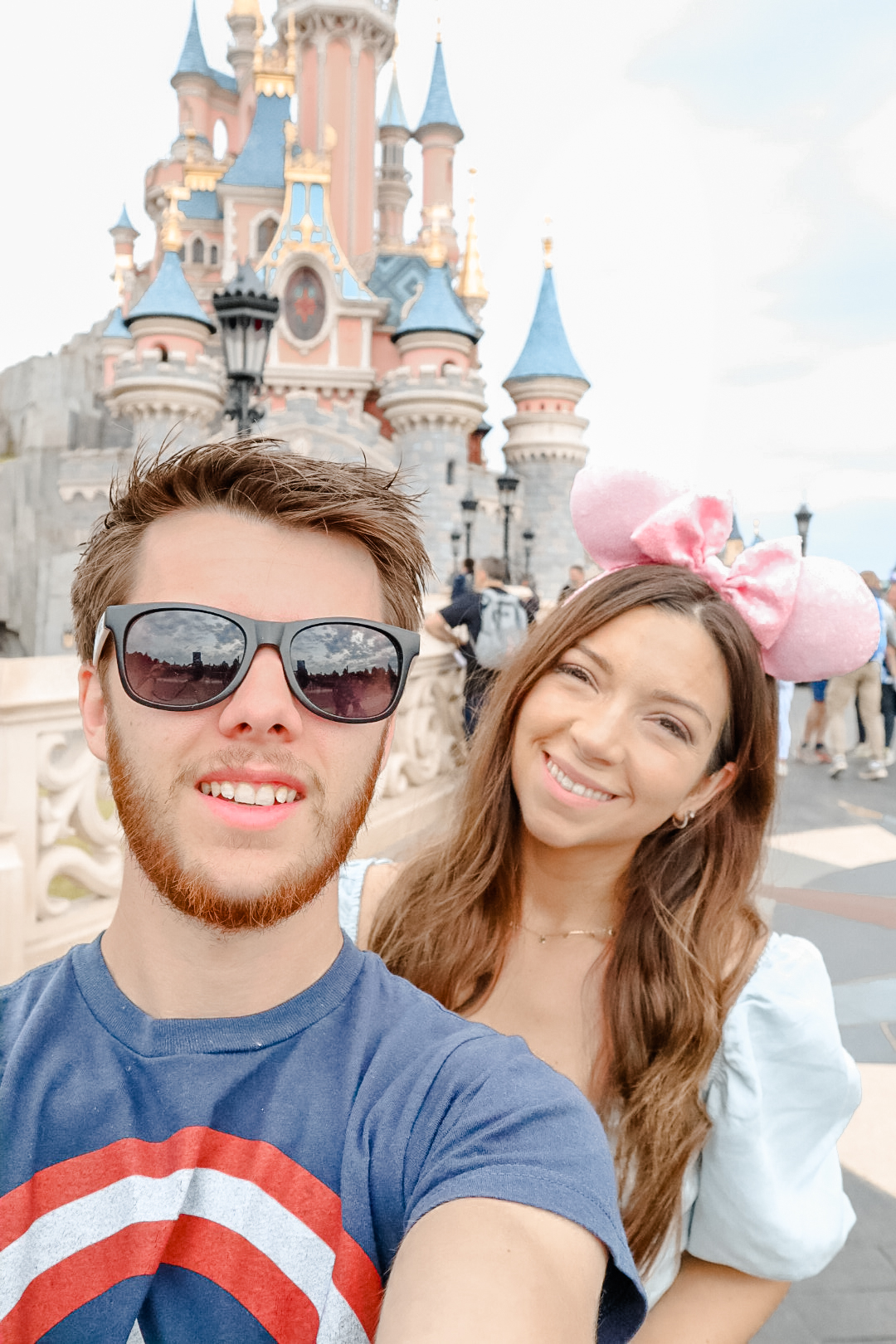 For the afternoon, we watched the Marvel Superheros Assemble show at the Studios park which was really good, and I felt like it did a good job of including both French and English-speaking characters so everyone knew what was going on.

After this, we headed back to our hotel as were checking out of Sequoia Lodge and checking into Newport Bay Club for our last night.

Newport Bay is next to Sequoia Lodge and a couple more mins away from the park, but it’s a beautiful hotel. It’s themed around a yacht club, and is so gorgeous. 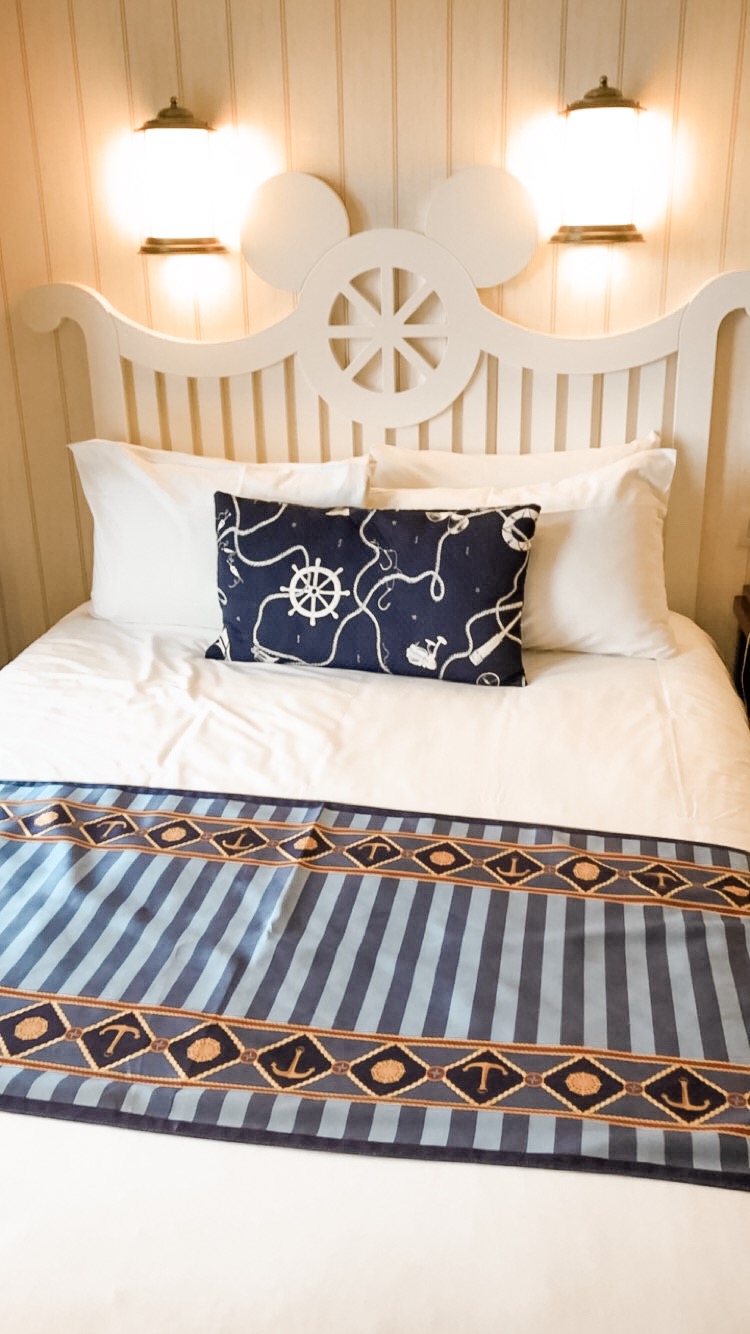 Our room had the most amazing lake view looking out to the Disney village, and we loved sitting watching the lake and the big balloon.

The rooms were so spacious and comfy (as they were at Sequoia Lodge) and if you can stretch your budget to Newport Bay, I totally would as the one night stay wasn’t long enough, such a gorgeous hotel!

Anyways, after a nap, and watching the rain from our window, we ventured in to the park, and you know what we had so much fun.

Yes it was torrentially raining, but we literally walked onto each ride as the park was so quiet, we had so much fun and then watched the fireworks from the side of the castle huddled up. Yes we got drenched but like I said, we had so much fun, and although it can be a bit of a downer to have rain, at least it makes the park quieter!

We headed back to our lovely room to warm up and get a last nights sleep as we were heading back home the next day.

After sleeping like logs, we got our selves up and packed up to head to Disneyland Park for extra magic hours. We took photos, went on the teacups, and all our fave rides for the last time as we knew we probably wouldn’t have time to do them later.

We grabbed a quick breakfast from McDonald’s (their chocolate croissant was really good!) and checked out of the hotel and put our bags in storage before heading back to the parks for the last time.

It was actually really sunny that last afternoon, but really busy, so we had a chilled mooch round the park, we went round the Alice and Wonderland maze, and sat in front of the castle just taking everything in which was lovely. 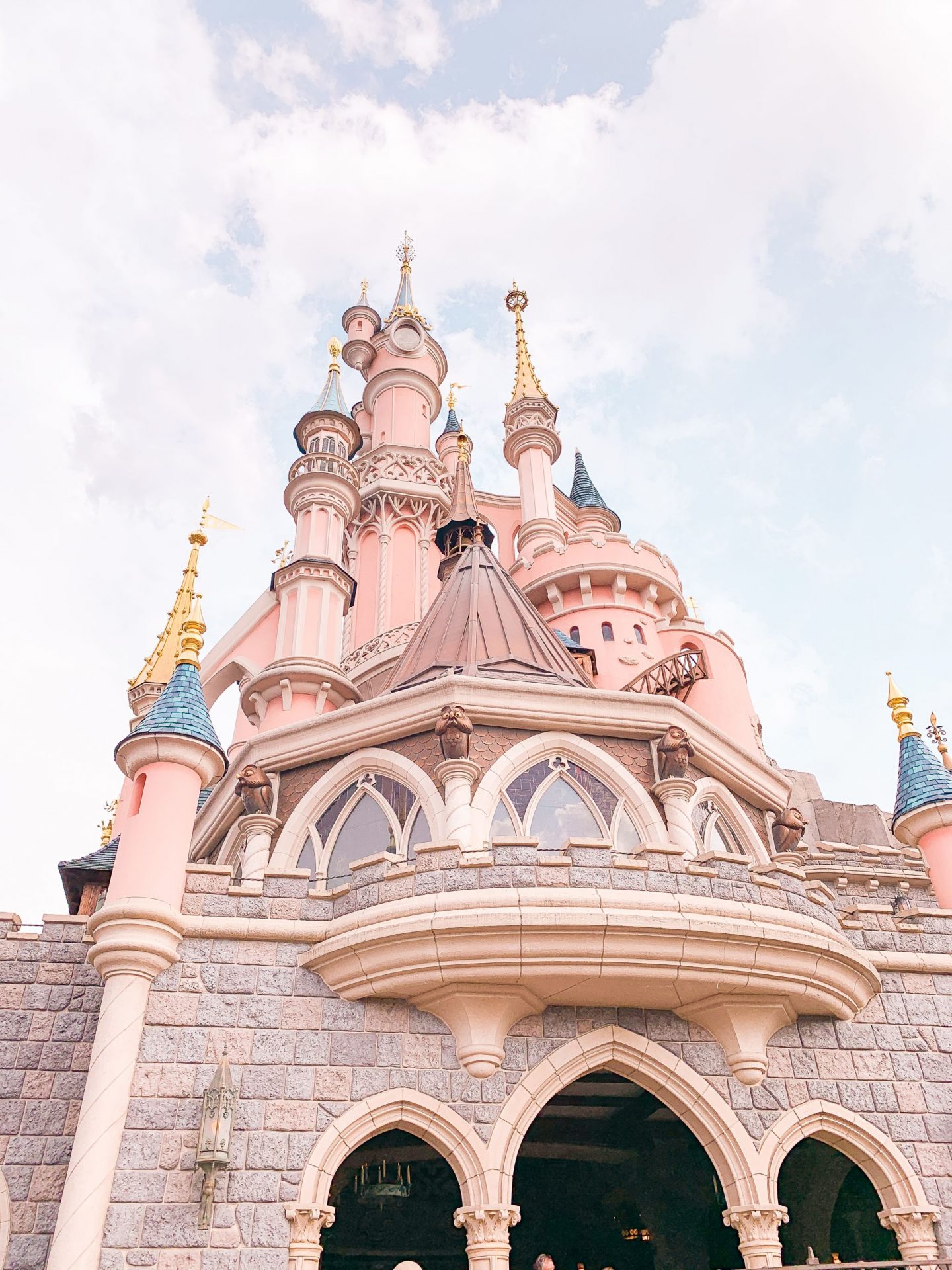 We had lunch at Earl of Sandwich and were able to sit on the outside terrace in the sun which was so nice, and chilled for a bit before having a look round the shops at Disney Village and then heading back to our hotel to catch our magical express back to the airport to fly home.

We had a really lovely fun few days at Disneyland Paris, it was so nice to be in that Disney bubble of your biggest problem being what ride to go queue for next. 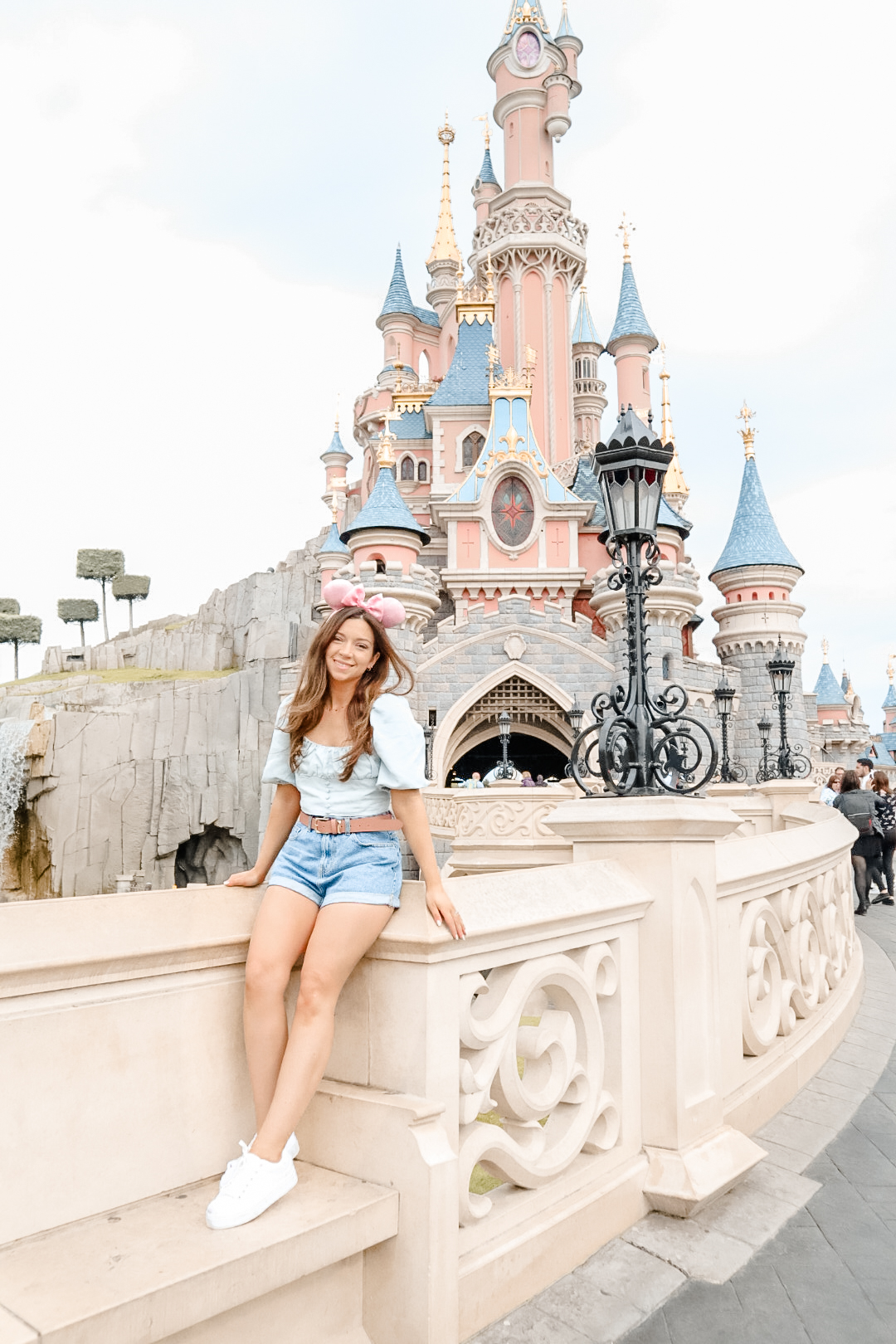 It really is such a pretty place, that you’re not sure is even real, and we loved our time within the parks and staying on site too.

The Multiday experience + tickets were also really good, and in our opinion are worth the extra money, for the extra fast passes and the VIP illumination spot, they really are worth getting. You also get 15% off at Disney restaurants and 20% off any purchases over €60 in the Disney shops which is also so good!!

If you’re planning a trip to DLP this Summer, I’d recommend getting them, just for the VIP area for the fireworks, what an experience! 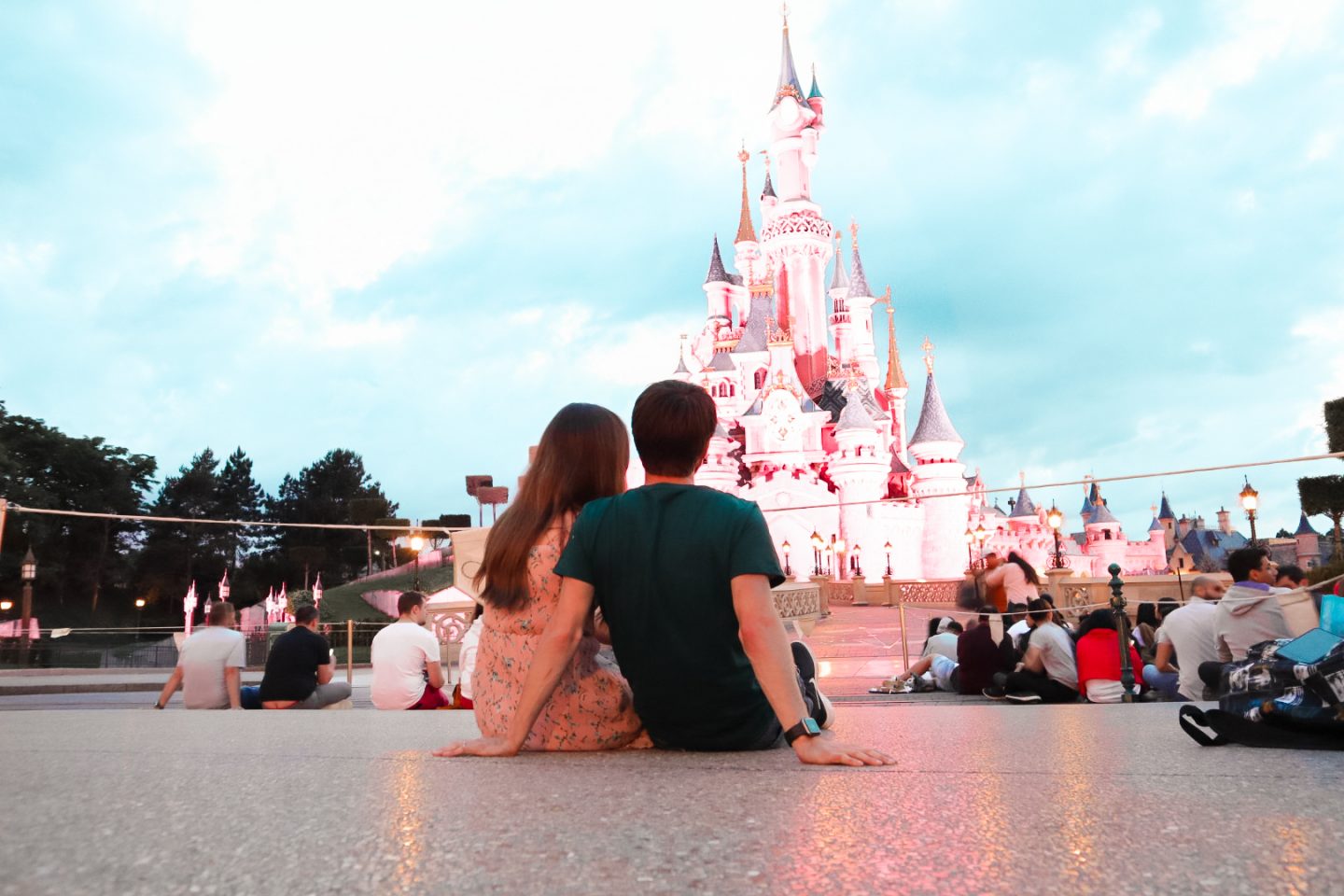 Have you been to Disneyland Paris before?

*This trip (the tickets, accommodation, airport transfers and 1 x meal at Planet Hollywood & 1 meal at Earl of Sandwich were gifted to us by Attraction Tickets Direct. However we were not paid to create ay content, and any content made from this trip is all my own opinions and genuine and honest. 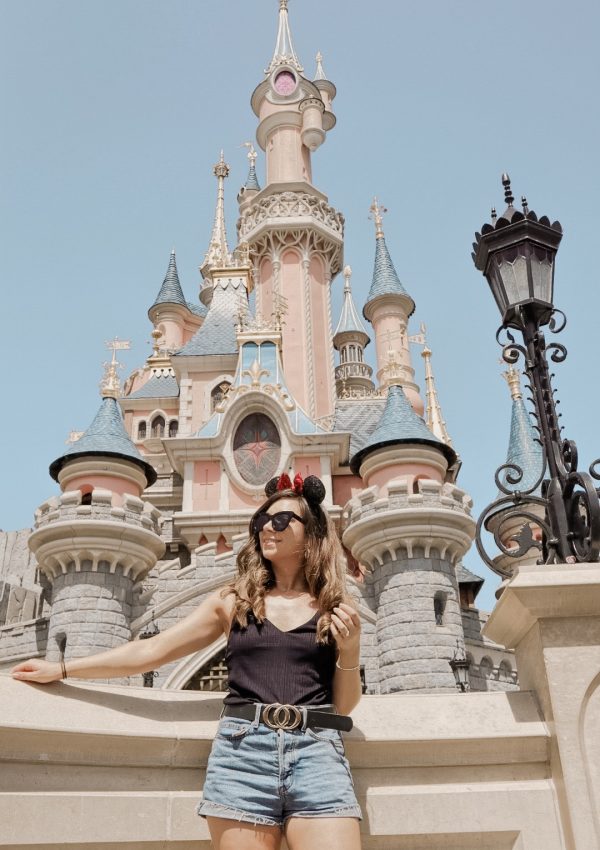 Disneyland Paris Travel Guide : Staying On site vs Off site 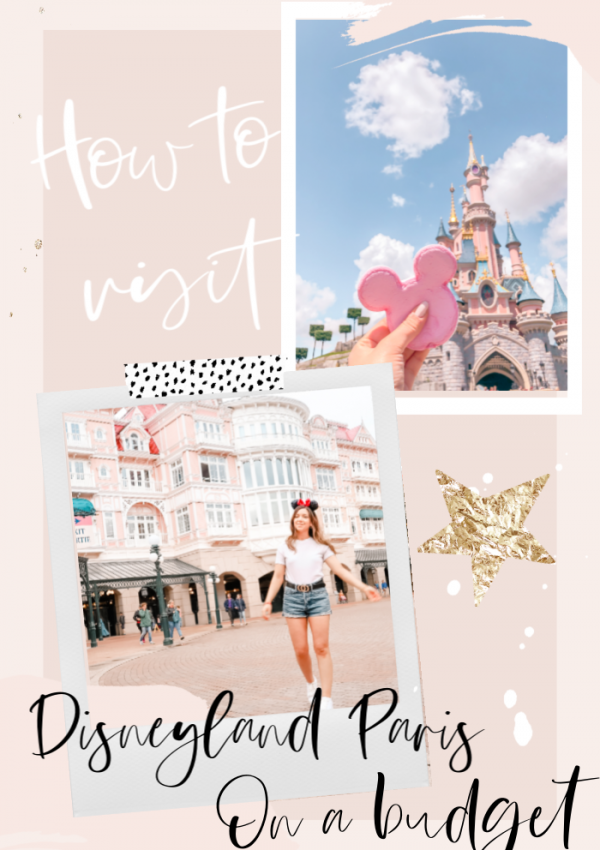 What Happens Day By Day Of Your Menstrual Cycle