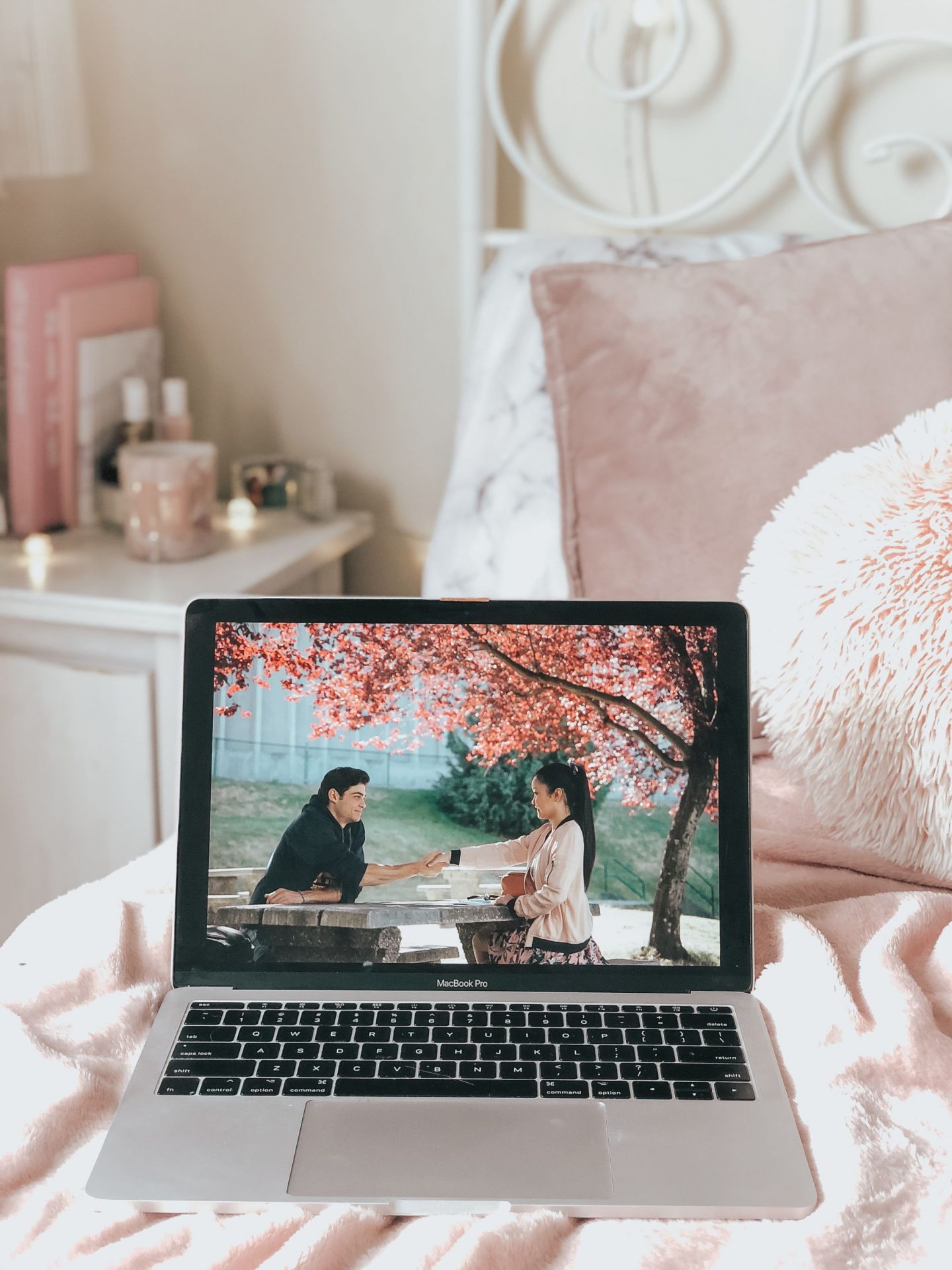 As a 27-year-old woman, I’m perhaps not the target customer for the array of teen films that keep hitting Netflix at the moment.

With casts that are probably almost ten years my junior, films like ‘To All The Boys I’ve Loved Before’ and ‘The Kissing Booth’ maybe shouldn’t be on my ‘things to watch ‘ list, but as someone who is a sucker for a rom com ( just ask my husband, as every film night I suggest we watch some kind of Hugh Grant rom com) I couldn’t help but get excited to have a few movie nights to watch the new flurry of teen rom coms that seem to be hitting Netflix at the moment.

Being very hyped on social media, and someone who is definitely guilty of jumping on a bandwagon, I added the new cult Netflix films to ‘My List’ and when my husband went away with work  (meaning I got full control of the remote for a few days) I knew how I’d be spending my evenings.

So here are my reviews and thoughts of the currently very hyped Netflix teen films, are they worth a watch?

And yes I know, I’m no film critic but y’know…

To All The Boys I’ve Loved Before

Probably the most hyped Netflix film from all of the ones I’ve watched, and I was so excited to sit down and finally watch this.

The plot is centered around Lara Jean (Lana Condor) a sixteen year old, who writes letters to all of her crushes whilst growing up. When they accidentally get sent out, the film focuses on the aftermath.

The film was different to what I thought it would be, I’d deliberately not looked it up too much as I didn’t want to see any spoilers, but I thought there would be more focus on the letters, and was surprised how quickly into the film they were sent out.

But I did enjoy this film, and thought it was quite sweet. Everyone on Twitter seems to have a massive crush on character Peter Kavisnky aka Noah Centineo- and I think I understand why- he is a bit dreamy!

It did seem a little slow in places, but I did really enjoy it and felt the last half an hour was when things really ramped up.

There were a couple of moments that made me a bit teary but I don’t know if that’s because I’m due on my period haha.

The characters are all pretty likeable, well apart from Jen, and I’m still mad that Lara Jean didn’t get her scrunchie back off Jen (if you know you know.)

I also thought that Lara Jean and Peter had amazing chemistry together, and I was so rooting for them. That hot tub scene- mother may I – again if you know you know.

I’d definitely give it a watch though, and I’d say it’s well worth all the hype.

This is another one of the super hyped films on social media at the moment, but this film made me feel old. Like really old.

Although ‘To All The Boys I’ve Loved Before’ was also based in high school, The Kissing Booth definitely seems to be suited to a much younger audience than me.

And I have to admit, I didn’t love this, (And no, it’s not just because it made me feel ancient – promise.)

I found it quite slow and cringe, and almost gave up with it, but I’m not a quitter so I ended up sticking with it.

The film’s plot is based around two best friends Elle and Lee, who have been BFF’S forever, they end up running a charity kissing booth at a school event, and shit goes down when Elle kisses Noah (Lee’s brother) *dramatic music plays.*

Elle then has to decide what’s more important; her longtime BFF Lee, or standard film bad boy on a motorcycle with long floppy hair Noah.

But here’s the thing- I found the lead character Elle really annoying. And I know, I feel bad for saying that, but honestly I did.

In fact, I couldn’t really warm to any of the characters, so maybe that’s why I didn’t love it. I thought they were all a bit knobby – the only characters I did like was Lee (the best friend) and his Mum played by teen film royalty Molly Ringwald.

If you’re over the age of 22, I’d probably say you’d find this a little cringe, however, if you like cheesy, teen films, then maybe you’ll like this.

However, I wouldn’t be in a rush to watch this again, because I am going to say it’s one of the worst films I’ve watched in a while. Sorry not sorry.

Sierra Burgess Is A Loser

So this is the most recent of additions to the Netflix teen/rom com film category, as it was only added last Friday.

Instantly there was a buzz around the film, thanks to the cast of Noah Centineo (aka Peter Kavinsky from All The Boys I’ve Loved Before) who is clearly the 2018 Zac Efron, and Shannon Purser otherwise known as Barbs to Stranger Things Fans, or Ethel to Riverdale fans.

The film is based around Sierra (Shannon Purser) and Jamey (Noah Centineo), and I’ll say right now that I feel a bit hmmmm about the storyline.

Okay so I’ll try to explain without giving away any spoilers, so the plot is all about Sierra, a girl who isn’t part of the cool crowd, gets picked on, etc, who ends up texting Jamey (a high school hottie jock from a neighbouring school) thanks to Veronica (a Regina George type character) who gives Sierra’s number instead of hers to Jamey.

Basically, it’s like Catfish, however we have no showdown at the end with Max and Nev which is terribly disappointing.

First of all, let me say, this isn’t an awful film. It’s not a bad watch, I didn’t want to give up with it, and neither did it make me feel ancient unlike other films (cough the kissing booth) but the storyline was just a bit weird.

I found myself not really liking Sierra, but instead I liked Jamey, and thought that Veronica and her characters development throughout film, meant that I ended up liking her more.

I think that this film could have been better if it had gone in a different direction, and the catfish thing didn’t go on for so long, and wasn’t just all swept under the carpet very easily.

I got what the film was trying to say, which was, the important thing is your personality, and it’s not always about looks and how popular you are. Butttt I feel like this could have been done better.

I feel like if you’ve watched the film you’ll know what I mean?

But what I did like, was 1. the music, there was a lot of 80’s vibes with the songs used, and I listened to the soundtrack yesterday on Spotify and really enjoyed it.

Then 2. Sierra’s and Veronica’s friendship, I found that their friendship felt quite real and genuine, and it was my favourite thing about the film.

Maybe I’m over thinking the plot, but I did feel like the film didn’t give across a great message, which is a shame, because I can see there was good intentions there, but maybe it was intentional for us to not really like the main character? I’m not sure?

But like I said, not a bad watch, I probably won’t rush to watch again, but if you’re looking for something to watch, then give it a go, and let me know what you think!

Okay so Set It Up is more of a rom com than a ‘teen film’ as this has characters that are actual adults with actual jobs. No high school here.

Which is a bit of a thank god, because the past three nights of high school films, has left me feeling like I needed to sign up for my pensioner’s bus pass.

So there’s been a lot of talk about this Netflix original film on social media, and it’s even been endorsed by actual Reese Witherspoon who tweeted it was a ‘ GREAT romantic comedy’ – I mean if it’s good enough for Reese? It was good enough for me to watch on a Thursday evening.

So it’s all about Harper and Charlie, two assistants who are working all hours of the day for their bosses, their social life and relationships were falling apart, because of working pretty much 24/7, after a chance meeting, they decide to try to set up their bosses in an attempt to get more free time.

It sounds naff, but I have to admit, I did enjoy this film.

It kinda gave me Christmas 24 film vibes, which if you watch religiously from November to Christmas each year, you’ll know what I mean.

The characters were all pretty likeable, I loved Harper, and kinda want her to be my friend, and though ultimately the ending was what I thought would happen, there were a few things that I wasn’t expecting. It was just a sweet, cosy film to watch that had some moments that genuinely made me laugh out loud.

I really enjoyed this though, and I would definitely watch it again, and the best thing? It didn’t make me feel old. Hallelujah.

So all in all, I’ve quite enjoyed my rom com/teen film movie marathon this week. Henry is back tonight, so normal service of TV watching will resume haha.

But if you’re looking for a Netflix watch this weekend, I’d recommend either To All The Boys I’ve Loved Before or Set It Up, and I’d maybe avoid The Kissing Booth (soz)

Let me know if you’ve watched any of these films and if you enjoyed them, or if there’s any other films you’d recommend on Netflix 🙂

Have a lovely weekend! 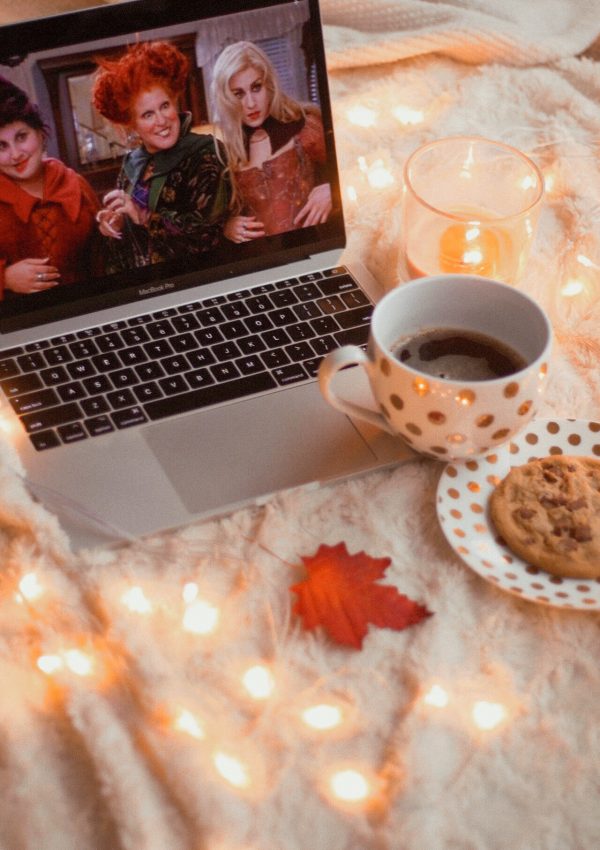 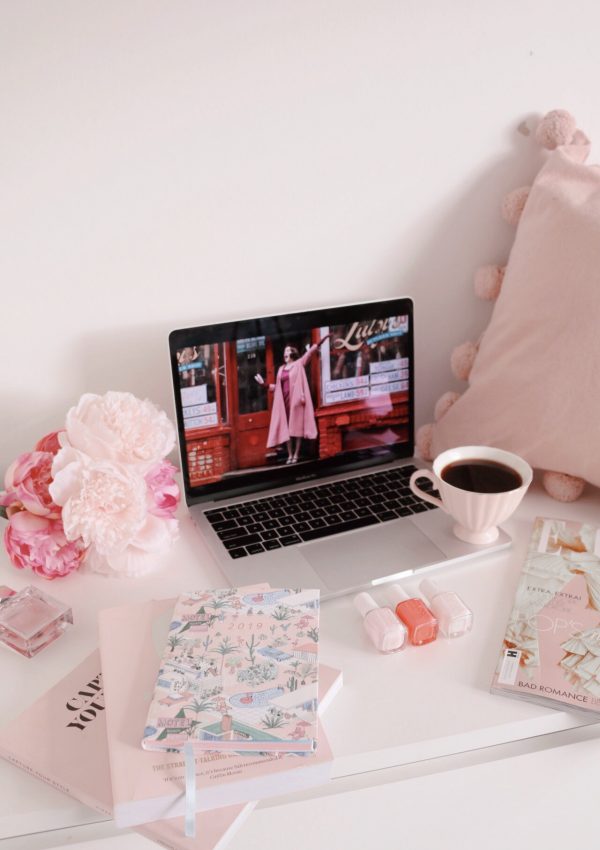 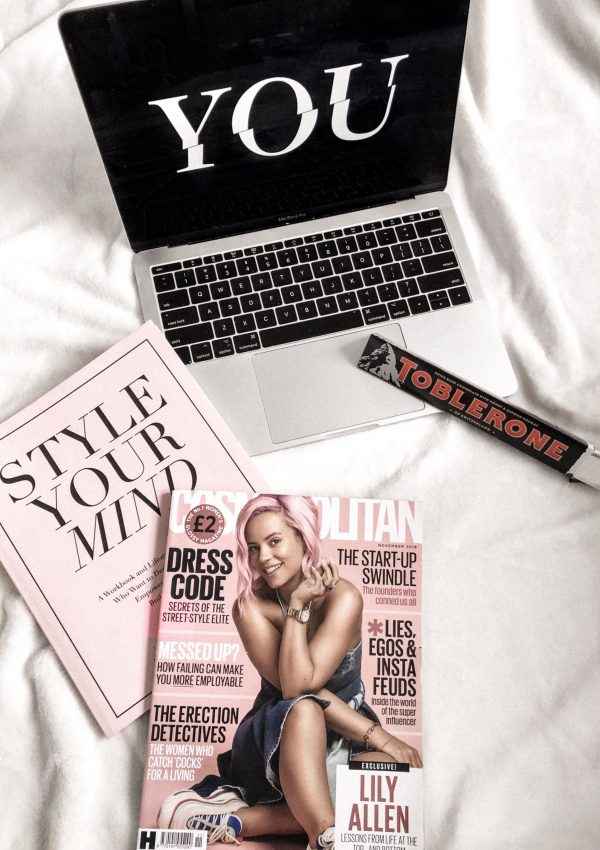 What I’m Going To Be Wearing This Autumn/Winter