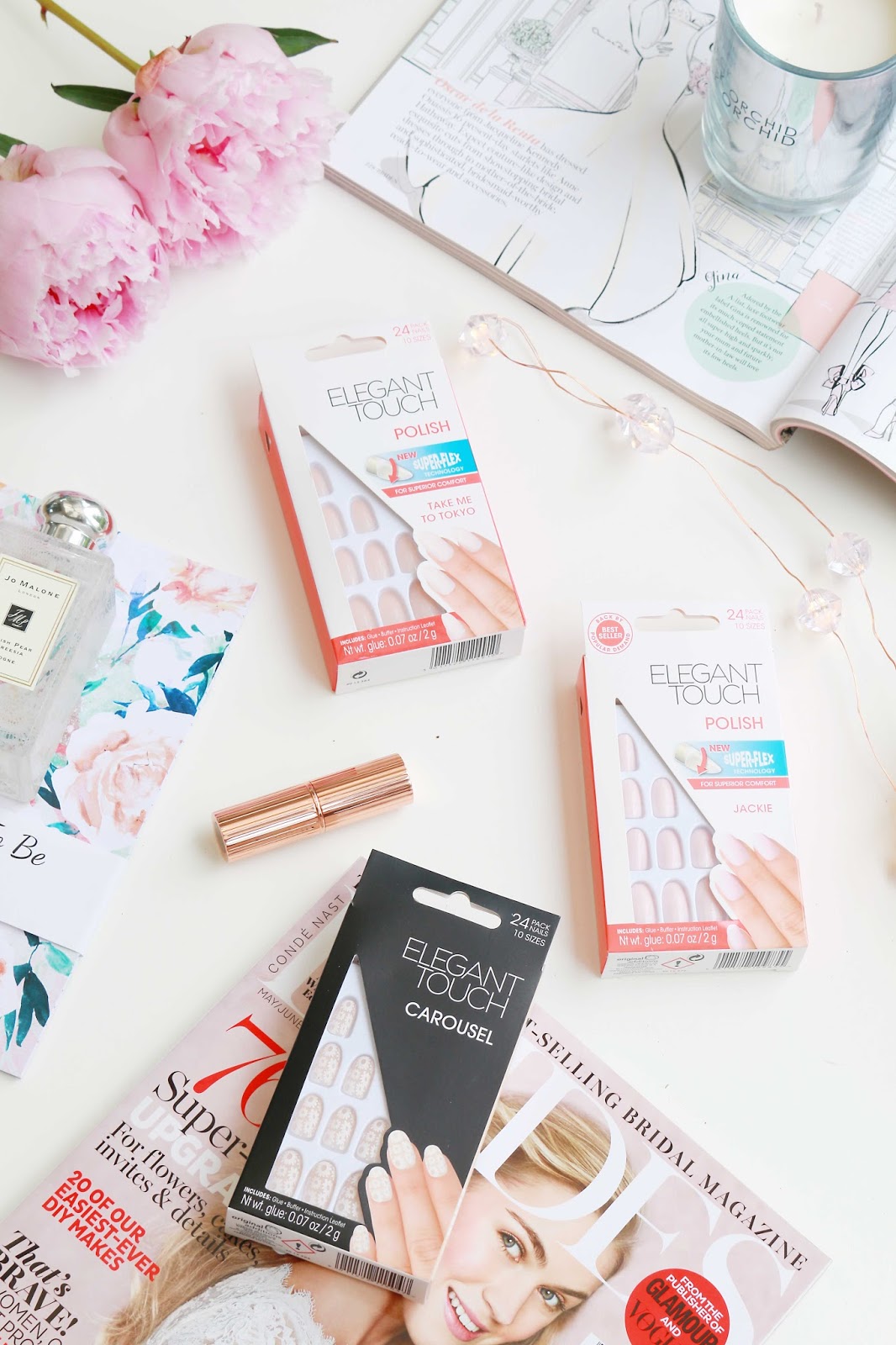 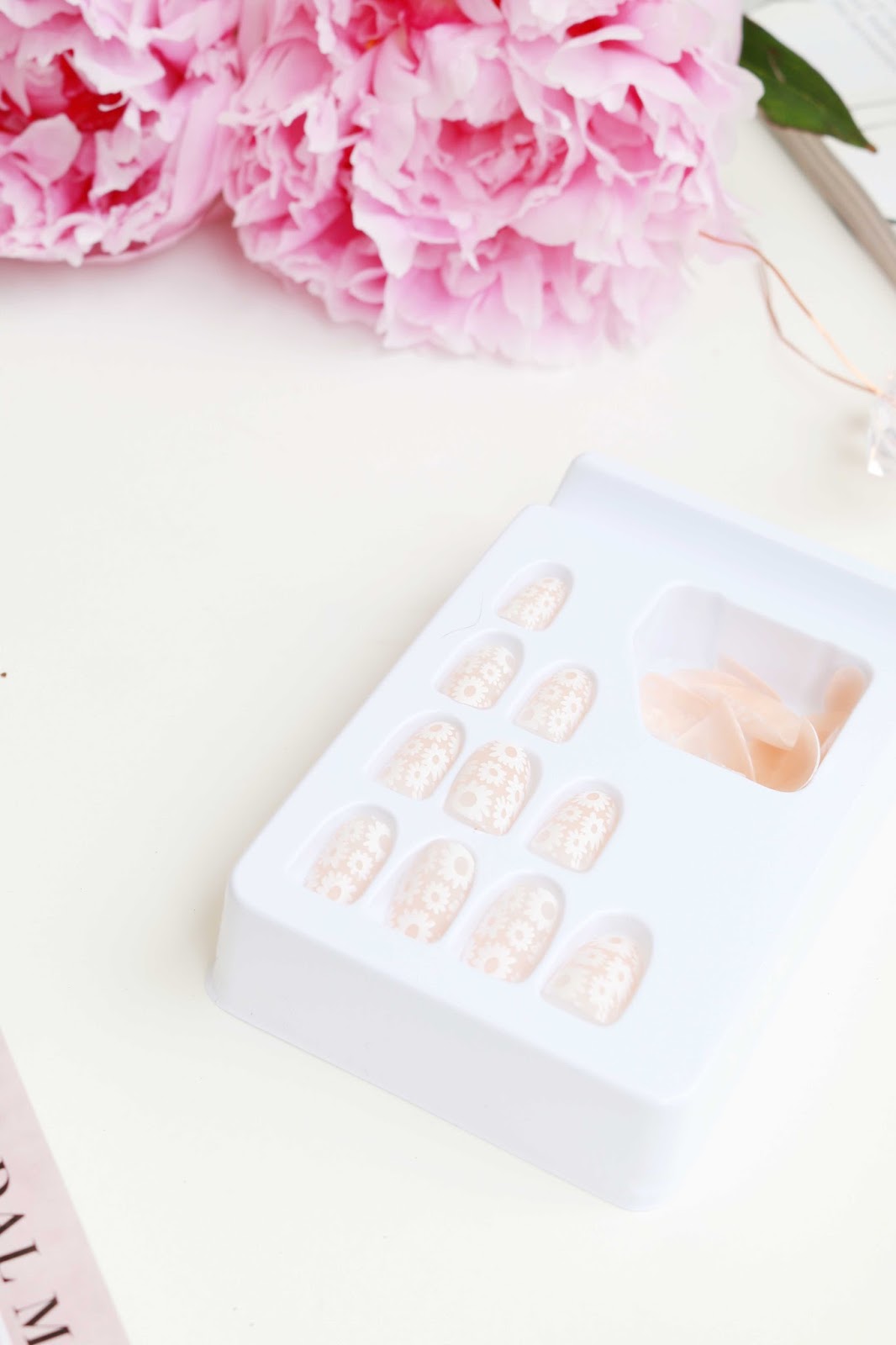 I’m going to let you in on a secret, it’s not that juicy though so don’t get too excited. Soz. But here goes; I’ve never had false nails, press on nails or a manicure before. I know right say what? I don’t know, is this a big thing or not really? Is it as shocking that I’ve never had a Millie’s cookie till recently? Have I been living my whole life as a lie? Who knows, does anyone care? Nah.

Anyway, so I’ve always been quite lucky to have naturally long, hard wearing nails, I’ve never really seen the need to have false nails. I mean if it ain’t broke why fix it? Literally. I mean I was tempted during the years of 2005-2006 when the WAG trend was at an all time high, and french manicured long false nails were up at the height of fashion with Von Dutch caps, and chunky blonde highlights. But I did desist, as well as my desire to be a WAG (why did 14 year old me think that was something to aim for?)

But recently, I’ve been slightly intrigued by press on nails, some of my fave bloggers and vloggers have raved about press on nails and I’ve thought they surely can’t be that scary? I mean I’ve been slightly petrified of them since watching a Friends episode ( The One With The Cuffs (Season 4 ep3)) where Monica loses a false nail whilst making a quiche at one of her Mum’s parties. Seeing how mortified Monica was (cause you know it’s real life) really put me off. See Friends was so much more than a TV show, it really taught you valuable life lessons such as ; be wary of cooking with false nails, don’t wear leather pants and that counting one Mississippi/two Mississippi isn’t wise when in a tanning booth.

Anyway, let me get on to my actual post, press on nails. I’ve now tried them, sorry spoiler alert. Elegant Touch sent me a whole box of their new summer releases and I was like this is the perfect time to try out press on nails. After all, I’ve never cooked a quiche so why would I need to be so scared of them? 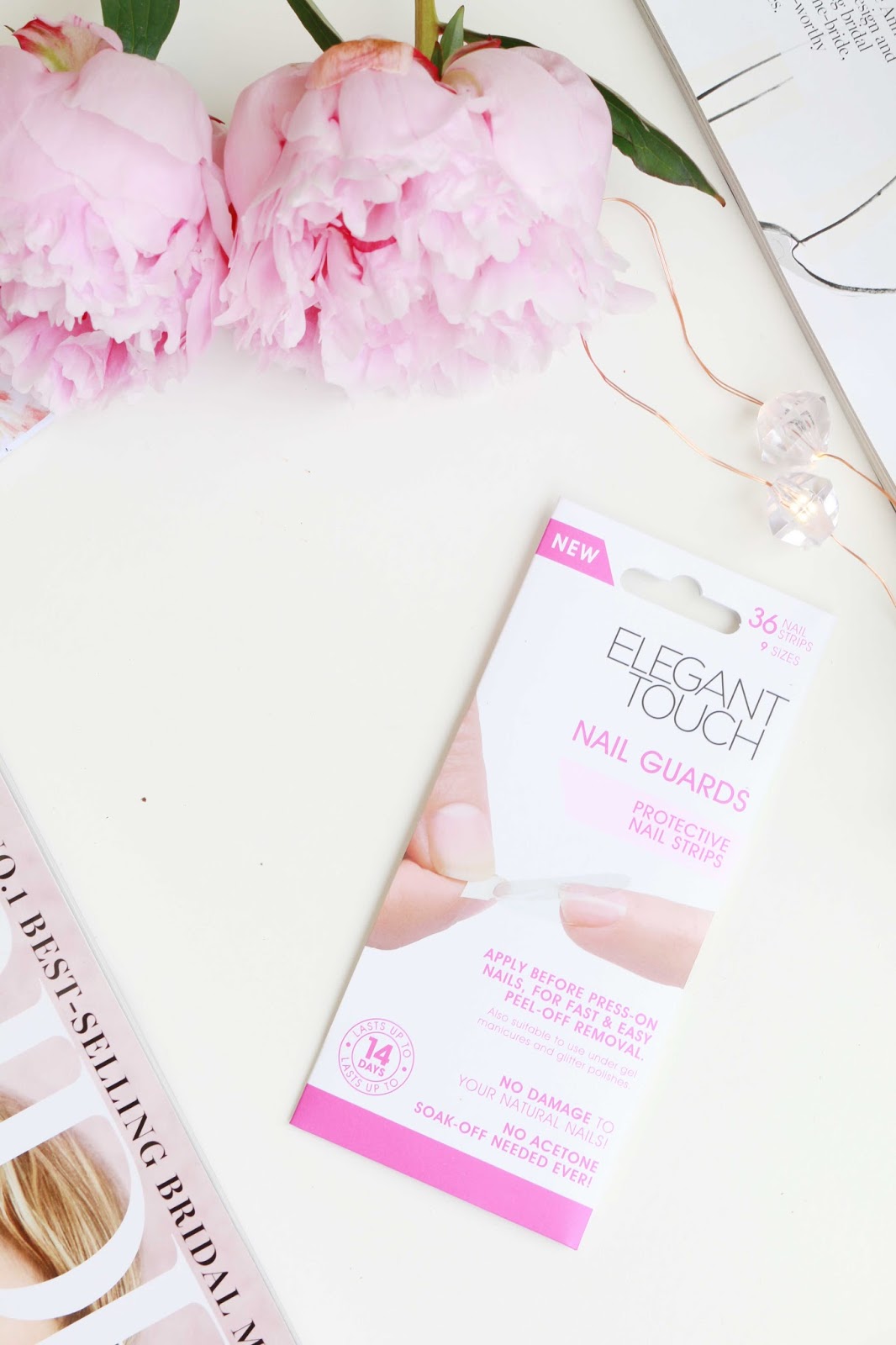 I tried the Take Me To Tokyo nails first, a pointy nude pair. They were a bit of a shock as they were quite long and pointy so not what I was used to at all with my normal nails. At first I felt like a witch at Halloween with those gloves you get from the pound shop. So I filed them down to make them a little more natural for me. I used the protective Nail Guards which are basically stickers to help protect your nails. I found them super fiddly, it took about over an hour to apply the nails from start to finish. I was concentrating so hard, I barely watched any Love Island. They were fiddly but once you got the hang of it, it was quite easy. You choose your nail size, which there are loads of by the way, then you apply the glue to the nail then press the nail on and voila. I had to be careful to not glue anything to myself, at one point my finger nearly got glued to my nail but I saved the situation. 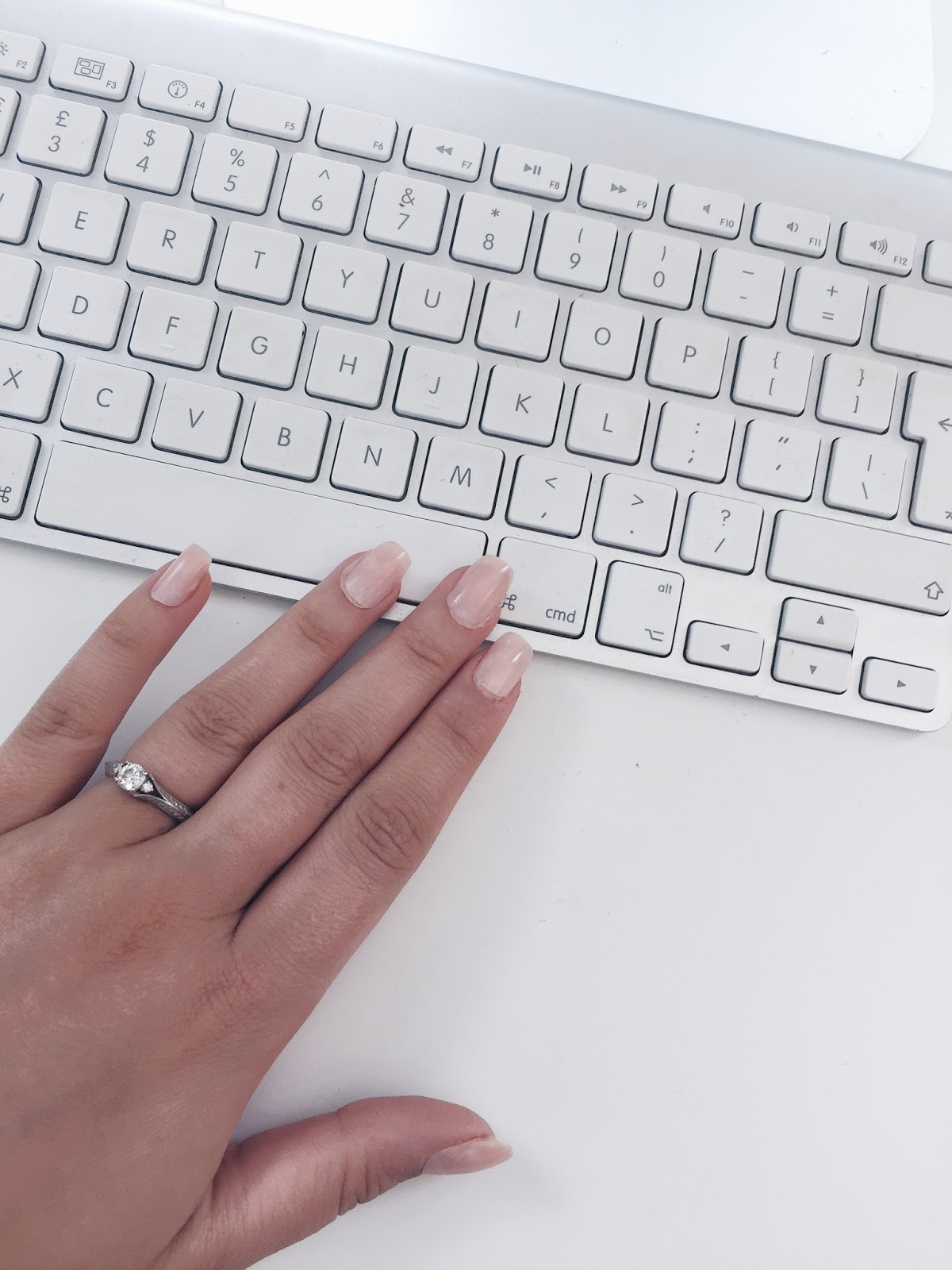 No idea why my hand is such a weird colour in this photo.

The Take Me To Tokyo nails felt so weird at first, I felt like my nails were wet and I was scared to use my nails for anything. However the next day they felt normal and I decided to give them a real test. I changed the bed, did the housework, typed, done up buttons on my skirt and not one flicker of instability. In fact my first nail came off a week after applying them, I managed to get it caught in a drawer and it peeled off. But all I did then I just got the glue and stuck it back on.

After 10 days, and a couple of repairs here and there, I took them off with nail polish remover, tin foil and a cuticle stick. Which was pretty easy to do. 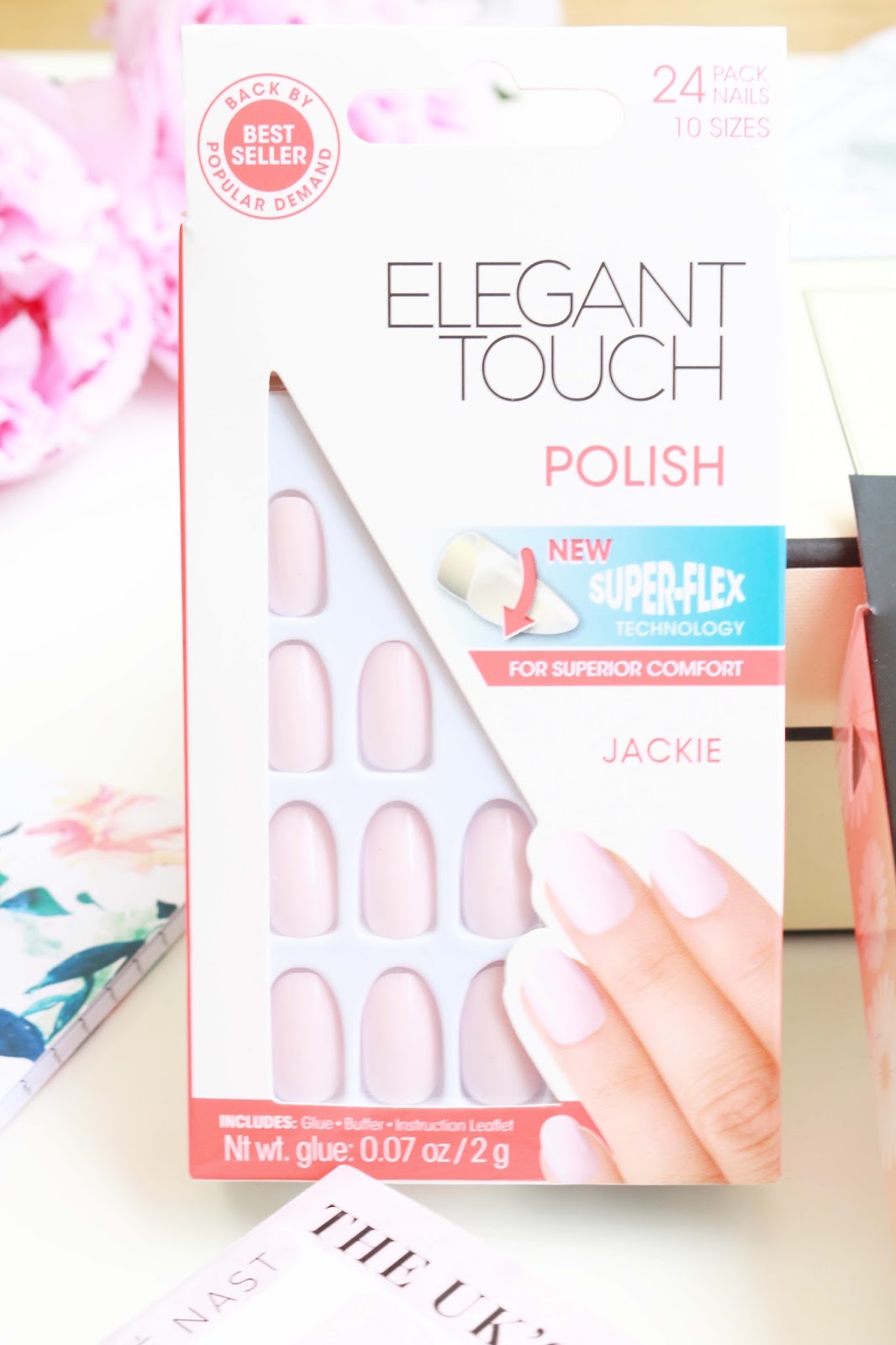 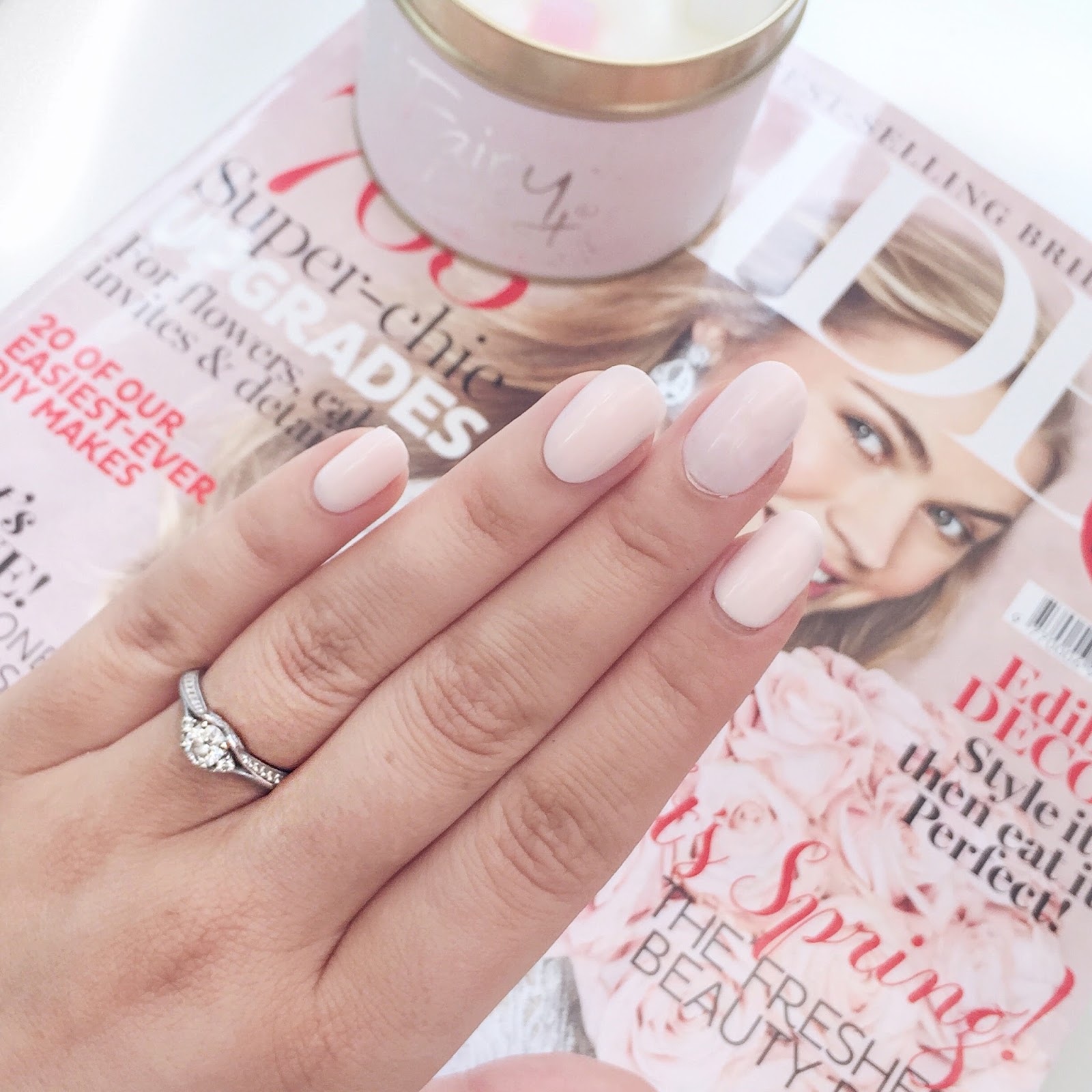 I then tried the Jackie pair, slightly shorter and pale pink, they were right up my street. I didn’t apply the nail guards as I didn’t want to spend loads of time doing my nails. However I have noticed that this pair haven’t been as strong and I don’t know if that’s why? The first nail pinged off after two days and then every day, I’ve had one either disappear (thankfully not when I’ve been cooking) or just ping off. I’ve replaced them with spares or just glued them straight on. But although these haven’t lasted as long ( I think this is my fault as I was lazy when I applied them and just glued them on to painted nails) but I love this pair so much. I feel like they make my fingers look elegant and less like Walls Sausages. I feel put together and I love how I don’t have to worry about chipping my nail polish.

My nails seem to still be in good condition, although after I’m bored of Jackie I will have a break from press on nails for a few weeks. But I have to say I’m impressed. They’re pretty sturdy (if you take the time to apply them) and you don’t have to worry about them pinging off into quiches. I love how they look and I think that the Jackie could be my perfect wedding nail. I know right? Told you I was a fan.

I’ve got a few more pairs to try, so I’ll post some instagrams of those maybe, but I have to say, I’m a convert to the press on nail.

Have you tried press on nails? If so what are your faves?

Also more importantly have you ever lost one in a quiche?

How To Do A Birthday Brunch On A Budget