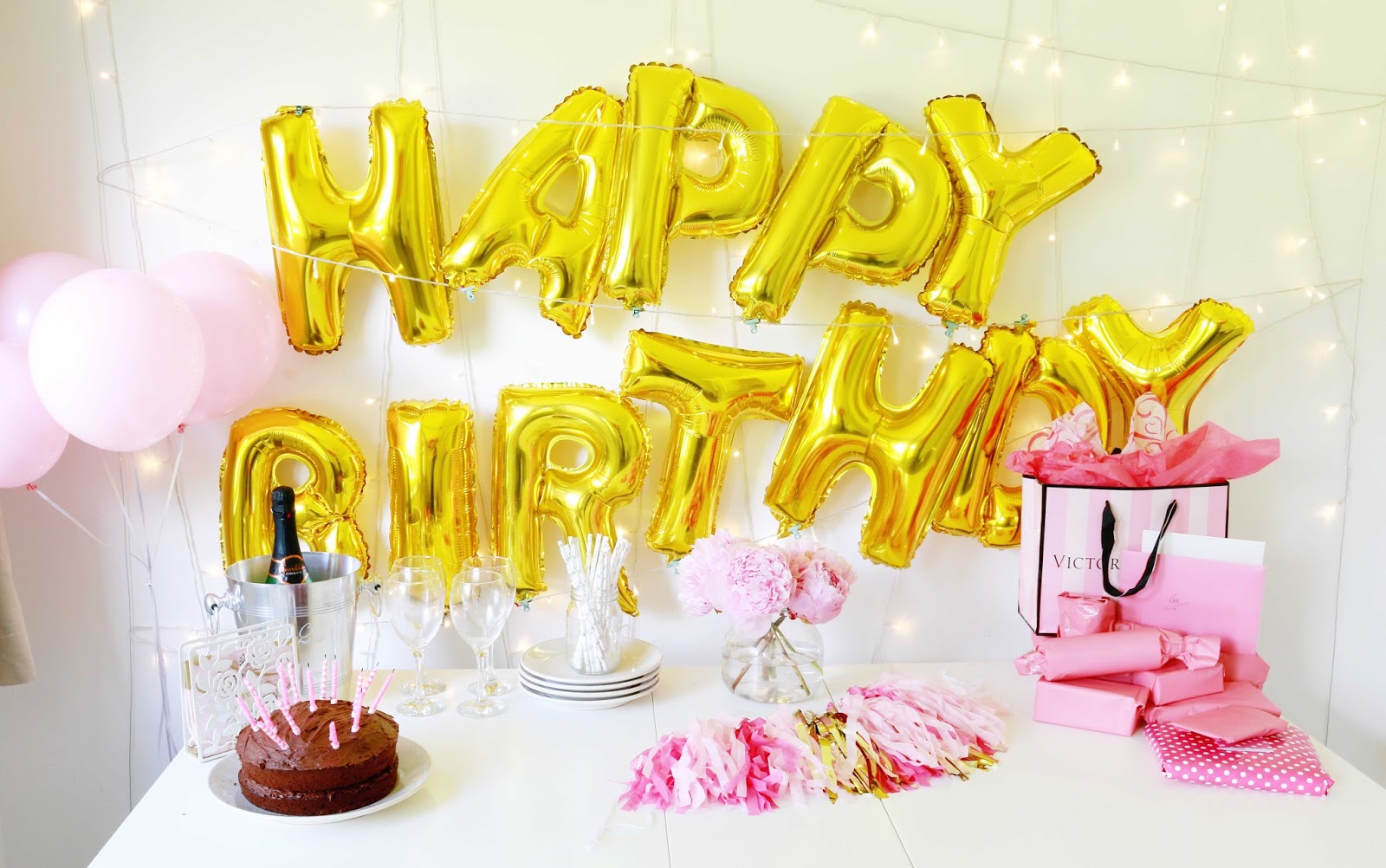 It’s been a busy couple of weeks birthday wise recently, mine, my brother’s, Henry’s is around the corner, and this weekend it was my Mum’s turn. Celebrating an important birthday let’s just say, we wanted to make sure she had a special day. We originally thought about going for breakfast/brunch in town, but then we realised that we hadn’t been to a place which we really loved. After all, you don’t want to take someone for a birthday breakfast/brunch that may be a little bit duff do you?

So I decided to do a birthday breakfast/brunch at mine, I’d seen some ideas on Pinterest which I’d liked and thought could be cute. Not having a huge budget either, I was on a mission to make my dining room look like something from Pinterest but not costing the earth. 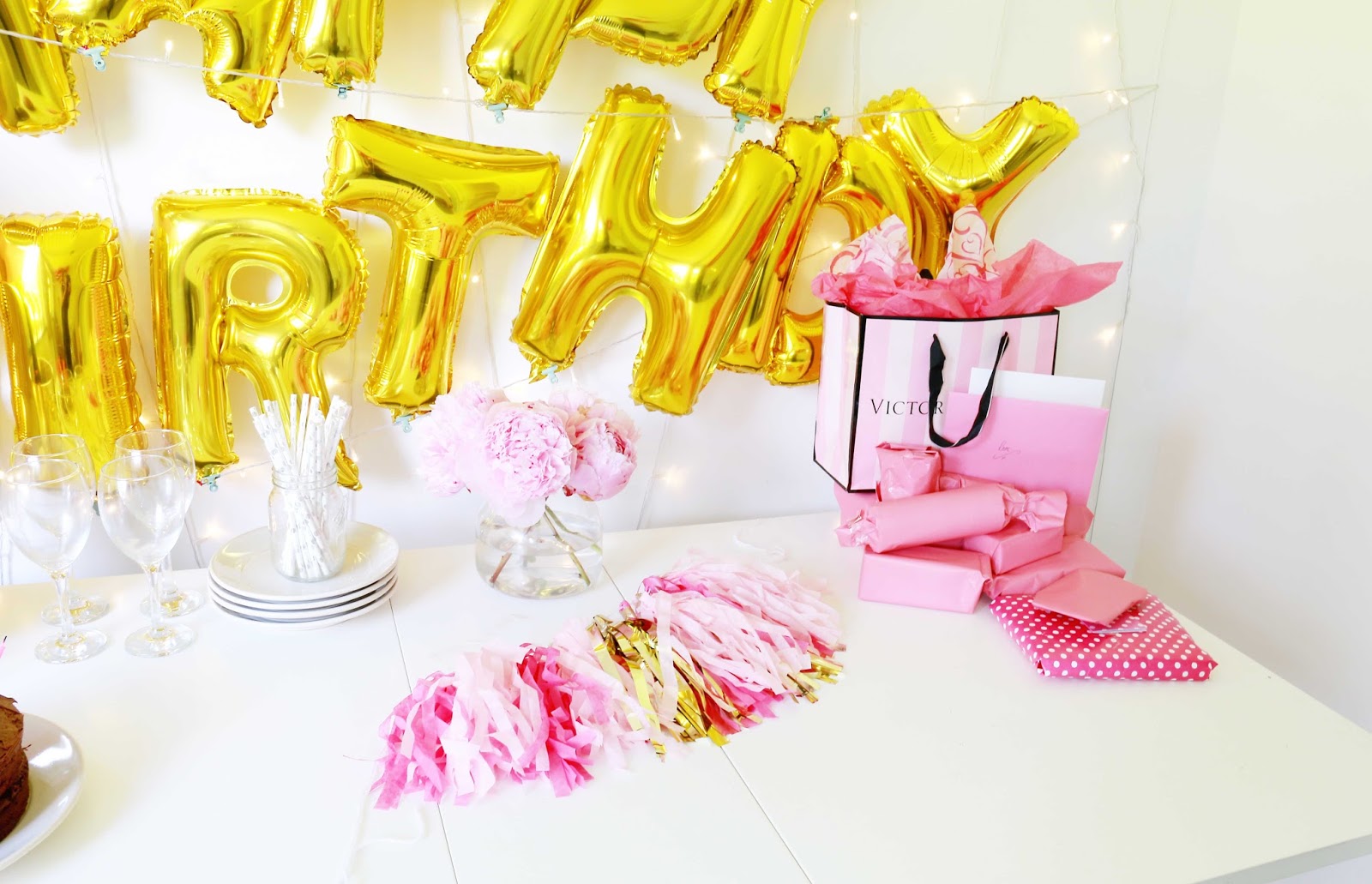 Decoration wise, I knew I wanted balloons. I’m kinda obsessed with balloons right now, Mum had told us that she didn’t want anything with her age on so the number balloons were a no go. Instead I found these Happy Birthday balloons on Amazon. I’d bought a helium canister the week before for my number balloons, so we filled them up with this. Henry had a disaster when filling up one of the A’s, it just popped. He tried fixing it but there was no luck. I had a stress but then thought it’s fine, we can hide this. So I basically just popped the presents in front of where the A was supposed to be and hopefully it’s not too noticeable. 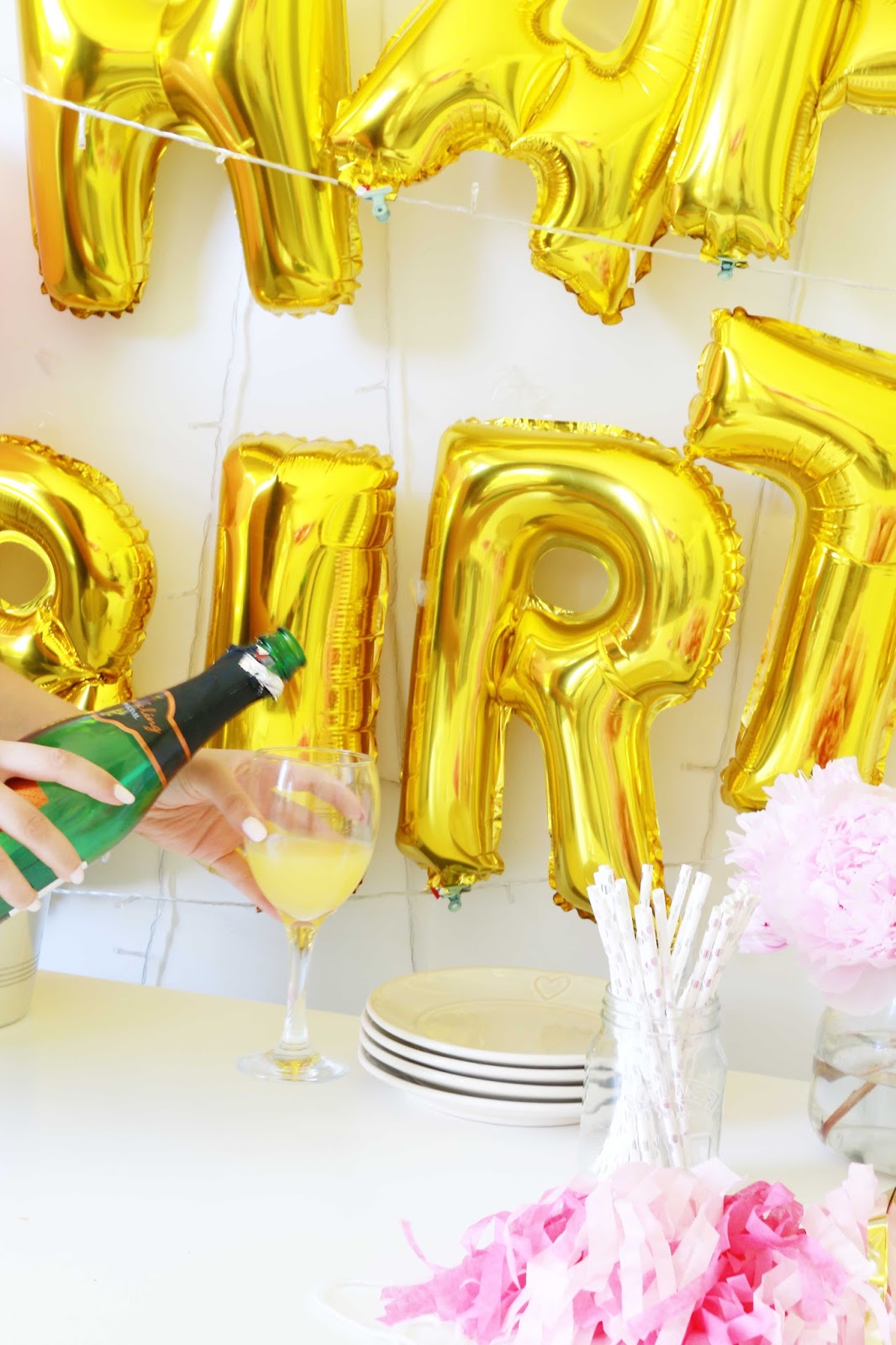 I’d also got some plain pink balloons which we put on a ribbon and hung up too. Thankfully I had my fairy light wall to hang the balloons from, they were a bit of a nightmare to attach, so be warned if you want to buy them yourself!

For the table, I added some peonies (what else of course?) silver paper straws, and a tissue garland which tied in the pink theme I was going for. I also put all Mum’s presents in one corner, then the other had Bucks Fizz (which you can pick up cheap from supermarkets) glasses, plates and cutlery. 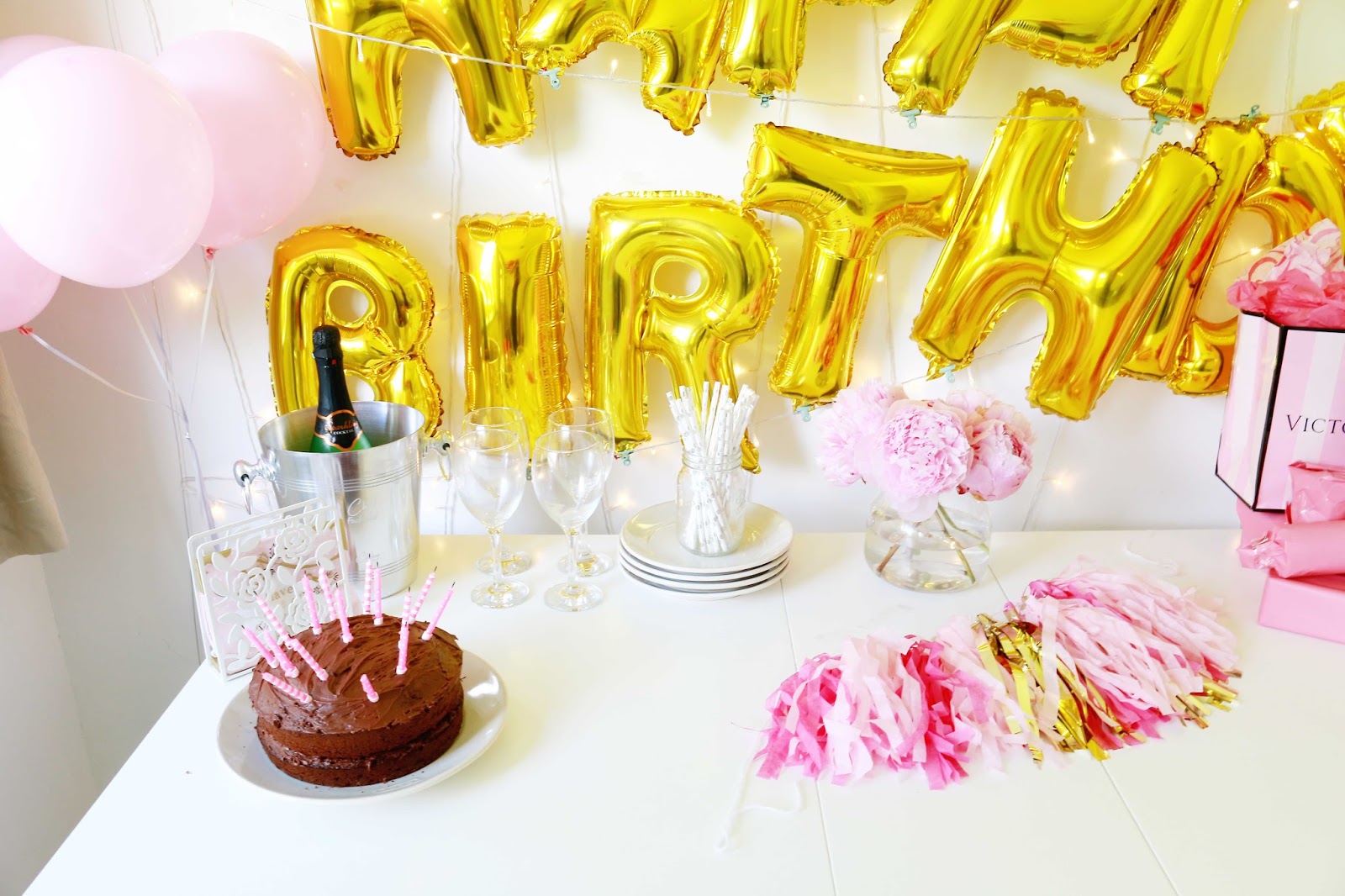 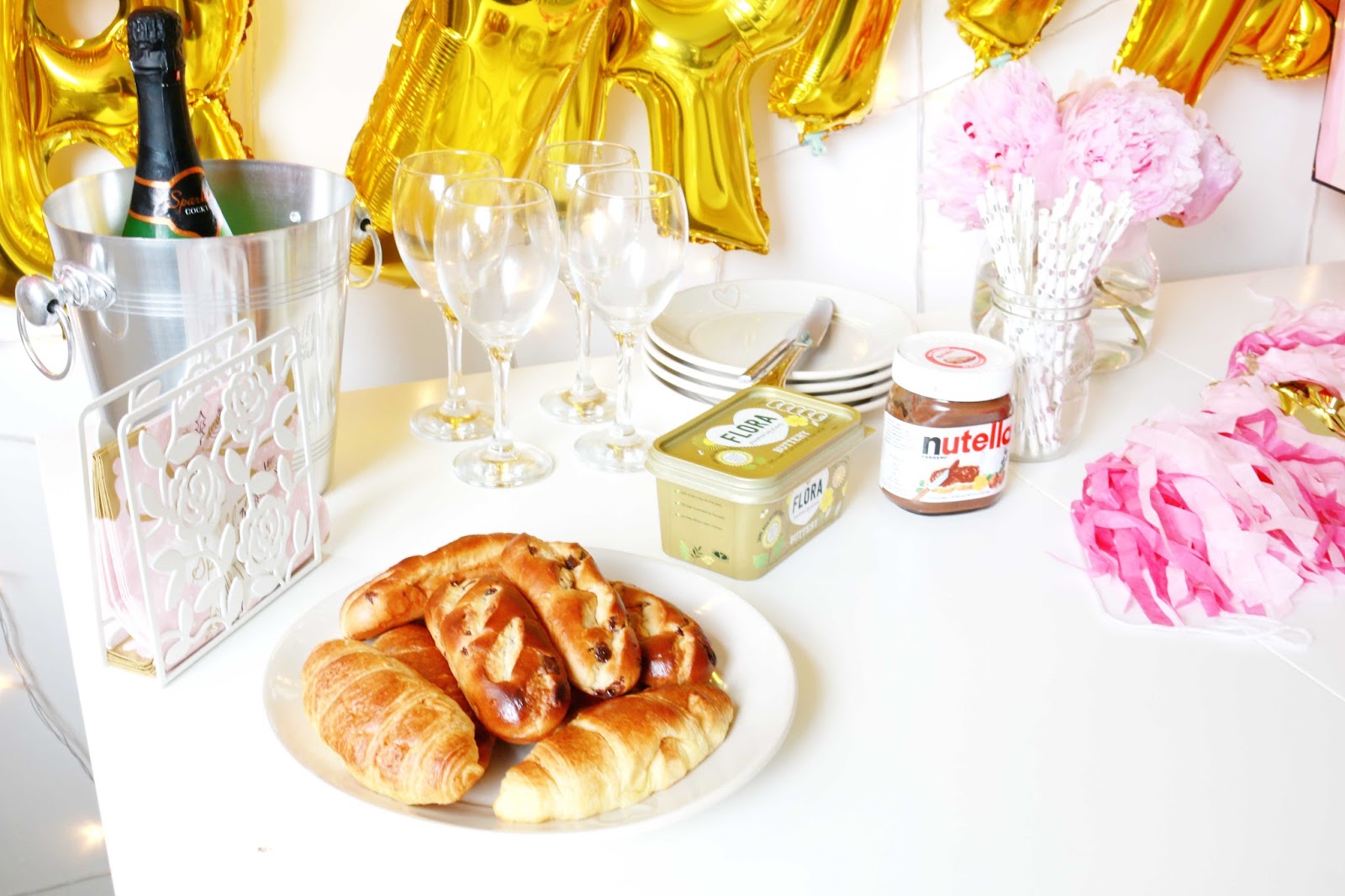 We baked a cake and added pink candles (can you tell the theme was pink?) and then for breakfast I had gone to Asda to get croissants and chocolate brioche rolls. We also had the huge chocolate cake, and it was plenty. Of course you could do whatever you want, pancakes, cooked breakfast, fruit, whatever you fancy. I felt like this was a nice breakfast but not too fiddly or pricey. It was a good job as the day before turned from afternoon tea to several cocktails so I wasn’t feeling as fresh as I’d hoped on the Sunday morning, so I was glad I didn’t have to do much cooking! 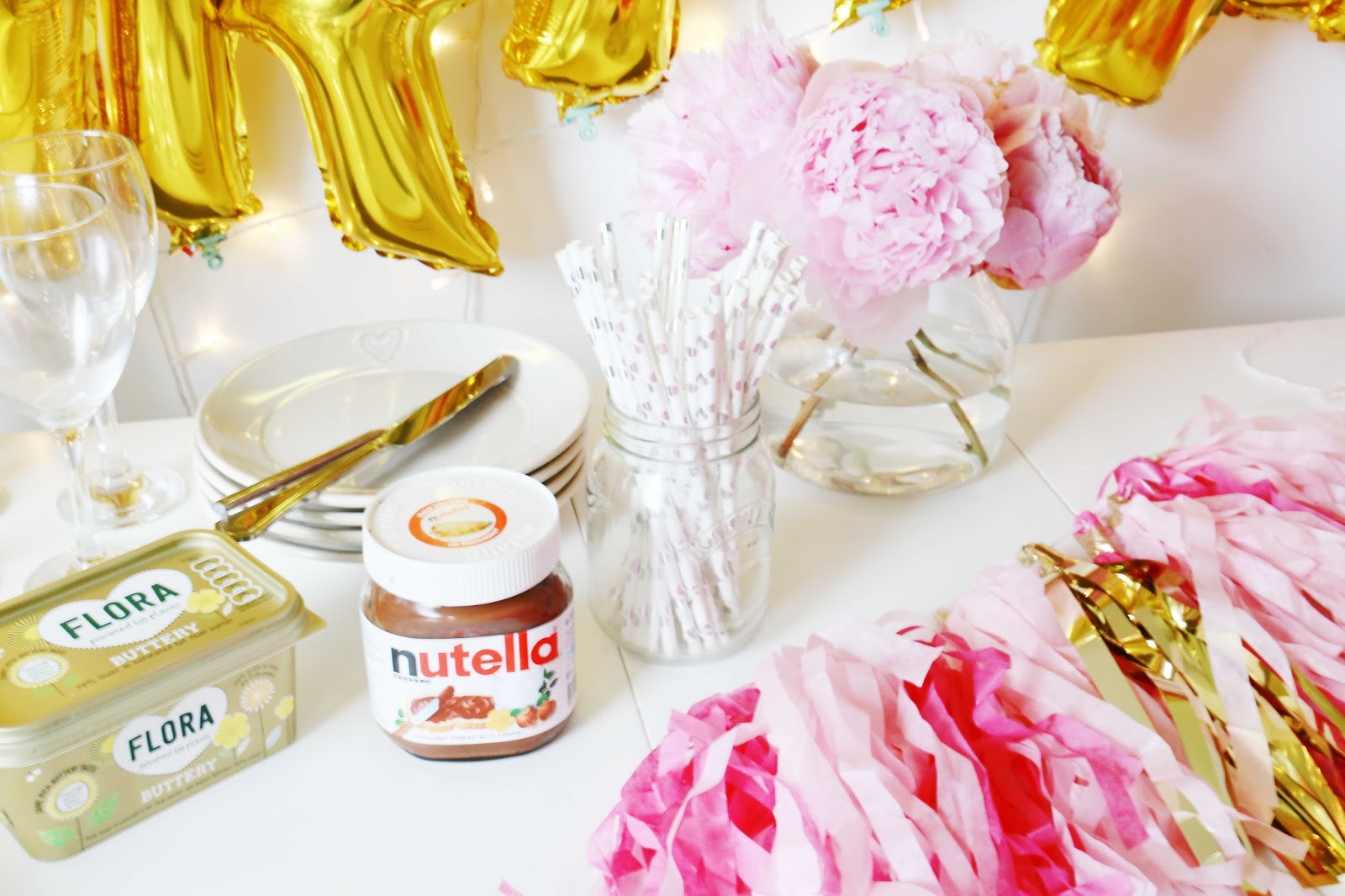 The decorations and food didn’t cost me an awful lot, I probably got the whole lot for under £20, but I thought it looked really nice and Mum loved it. I felt like it was just a little more personal and thoughtful than just going for breakfast and this was a bit more special.

I love doing stuff like this, I think I’m just a sucker for balloons and party decorations! I have a feeling I’m going to want to do this for everyone’s birthday now!

What I Got For My Birthday