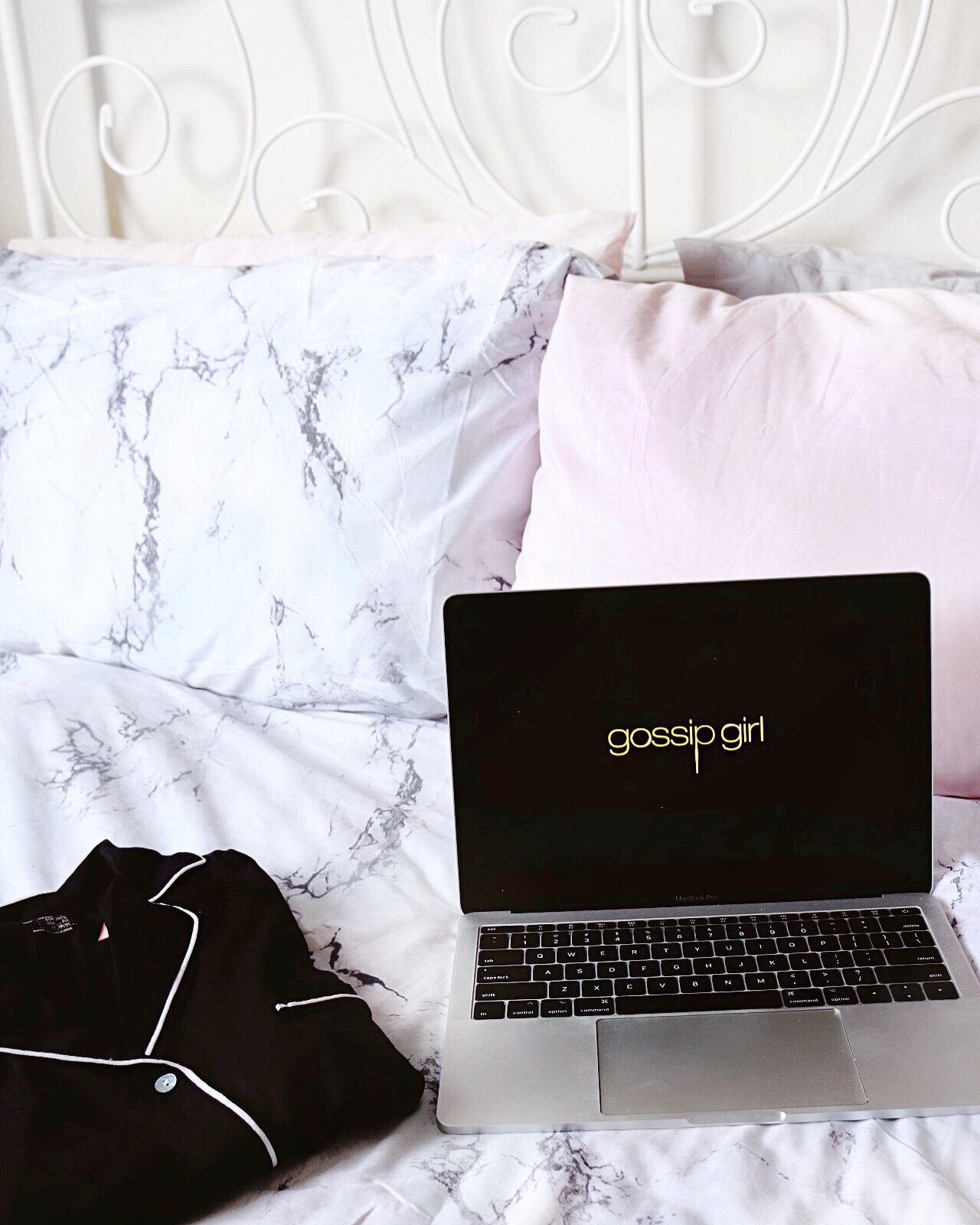 I technically shouldn’t even be writing the words ‘5 Things To Watch On Netflix This Summer’ because you know, we should be out enjoying the sun in beer gardens, going to the beach and having BBQ’s, not sitting in watching Netflix. But, thanks to good old British Summer weather, the past few weeks have made me think that I’ve invented time travel and I’m in October never mind August!

So the past few weekends have been spent catching up on Netflix as it’s been grey and dreary outside, I mean hopefully we’ll see some sun again soon, if not, then I have five suggestions to watch on Netflix which should hopefully distract you from our terrible Summer weather!

So usually I stay well clear of anything Zombie related after being made to watch 28 Days Later in Media Studies at college and it almost traumatising me for life. However, our recent obsession is iZombie, which isn’t scary – thank god! Anyways, it’s about a girl who gets turned into a zombie whilst at a party (yes really- and stick with me here) and it’s about her transition within in her old life yet now as a brain eating zombie. She gets a job at the local police station working on autopsies, which is where she gets her food (aka brains- yep don’t watch this whilst eating your tea!) Then she gets visions from the brains she’s eaten, so she uses this power to solve the murders. It sounds a bit far fetched and it can be at times, but it’s very easy to watch, quite funny and a little different. We finished the third season this week, and now we need to find something else to watch! I’d definitely give it a go, but like I said, try to refrain from eating whilst watching!

So I’ve mentioned about Suits before in one of my previous Netflix posts before, but I wanted to mention it again cause Netflix have finally got with the programme as they’ve added all Suits episodes and stream the new episode the day after the US, which is obviously amazing. So why do I like Suits so much? Well it’s set in NYC, features dreamy men in suits and sassy powerful women (all I want in life is to be like Donna with Rachel’s wardrobe) and doesn’t require much thinking. You can tell that I don’t like to think right? Nothing’s made me want to be a lawyer more, than when I watched Legally Blonde in 2001.

I stumbled upon this whilst looking for something to watch one day with my lunch, the only reason I gave it a go was because it featured Cobie Smulders who is Robyn from How I Met Your Mother (which is one of my fave shows ever.) So this is about 6 friends from college (funnily enough) who for the first time in years, are all living in the same city (NYC) and it follows their lives. It’s like a very unpolished version of Friends. None of the characters are that likeable (well apart from Cobie Smulders character Lisa) but it’s the awkwardness of some of the situations that will make you laugh out loud. I watched all 8 episodes in two days, and although Ethan is up there as one of the TV characters I want to throw my slipper at the most, you’ll either get this or you won’t. I know that doesn’t sound like the best recommendation, but you’ll get me when you watch it. It’s kinda stressful awkward viewing, but you’ll find yourself wanting to know what happens next.

So this isn’t probably the kind of programme you’d imagine me snuggling down to watch, and to be honest, I probably wouldn’t have picked this out myself. However, Henry watched this and thought I’d quite like it as it kinda has Homeland vibes and well he was right. It’s a bit more gritty and based around terrorists, government corruption and snipers. Yep, not very Gossip Girl is it? But it’s good to watch something different, and whilst the second season is a little slow to get going at the moment, the first season had some episodes where I barely breathed throughout! A good thriller if you don’t want something fluffy!

Okay so this isn’t a new film and is probably something that you’ve all heard of/watched, buttt one of my fave films has finally been added to Netflix so I couldn’t not mention it. It’s the perfect Sunday/hangover film, it’s set in NYC (always a winner) and has a pretty awesome soundtrack. Now if Netflix could add Mean Girls to their collection, I will be a very happy bunny!

So there are five things that I’ve been watching on Netflix recently, let me know what you’re currently watching as I’m looking for something to fill my Love Island and iZombie void!

Feeling Blue?
The dip dye that never was…
The Cheryl Lipstick Collection

Why Moddershall Oaks Is The Best Spa I’ve Ever Visited