Am I really writing a blog post about a spray that will make you smell like Mini Eggs? Yes. Yes I am.

This is one of my favourite times of the year, and not only is it because it’s Monopoly season at McDonald’s (the choice of keeping healthy vs trying to win that Mini Cooper is the hardest decision that I have to make all year) but also because it’s Easter. Well what I mean by that is, eating all of the Easter snacks, and in particular – Mini Eggs.

They are little egg shaped pieces of heaven, and I seem to demolish about 32654625 bags by the time that Easter has come and gone. I usually start just after Christmas, and there’s no stopping me.

Anyways, one of my fave things to do when I open a pack, is to sit and sniff the bag, (which usually leads Henry to look at me like he’s questioning his decision to ask me to marry him) okay so I know that sounds totally weird and you’re probably wondering if I’ve officially lost my marbles. I promise, I haven’t, however kinda hoping that at least one of you knows what I’m talking about when I say that Mini Eggs are the BEST SMELLING THINGS EVER.

It’s that sweet vanilla scent that I am addicted too, and every year, I tweet something about wishing I could buy the scent of Mini Eggs as a candle and it usually gets a lot of likes…

Erm it seems that I have quite the obsession with the smell of Mini Eggs.

Anyways, so we’ve all established that I’m weird so that’s good. But the real point of this post (and yes there is one) is that I have found a spray that I think smells pretty similar to Mini Eggs.

So basically, I found this So… Fragrances Vanilla spray in my beauty samples when I was having a clear out the other week, and I put it on the top and would spray it on myself before I went to the gym. One day, I thought, ‘hmm that kinda smells like Mini Eggs’ and then when I went downstairs, Henry said ‘ you smell like mini eggs.’ 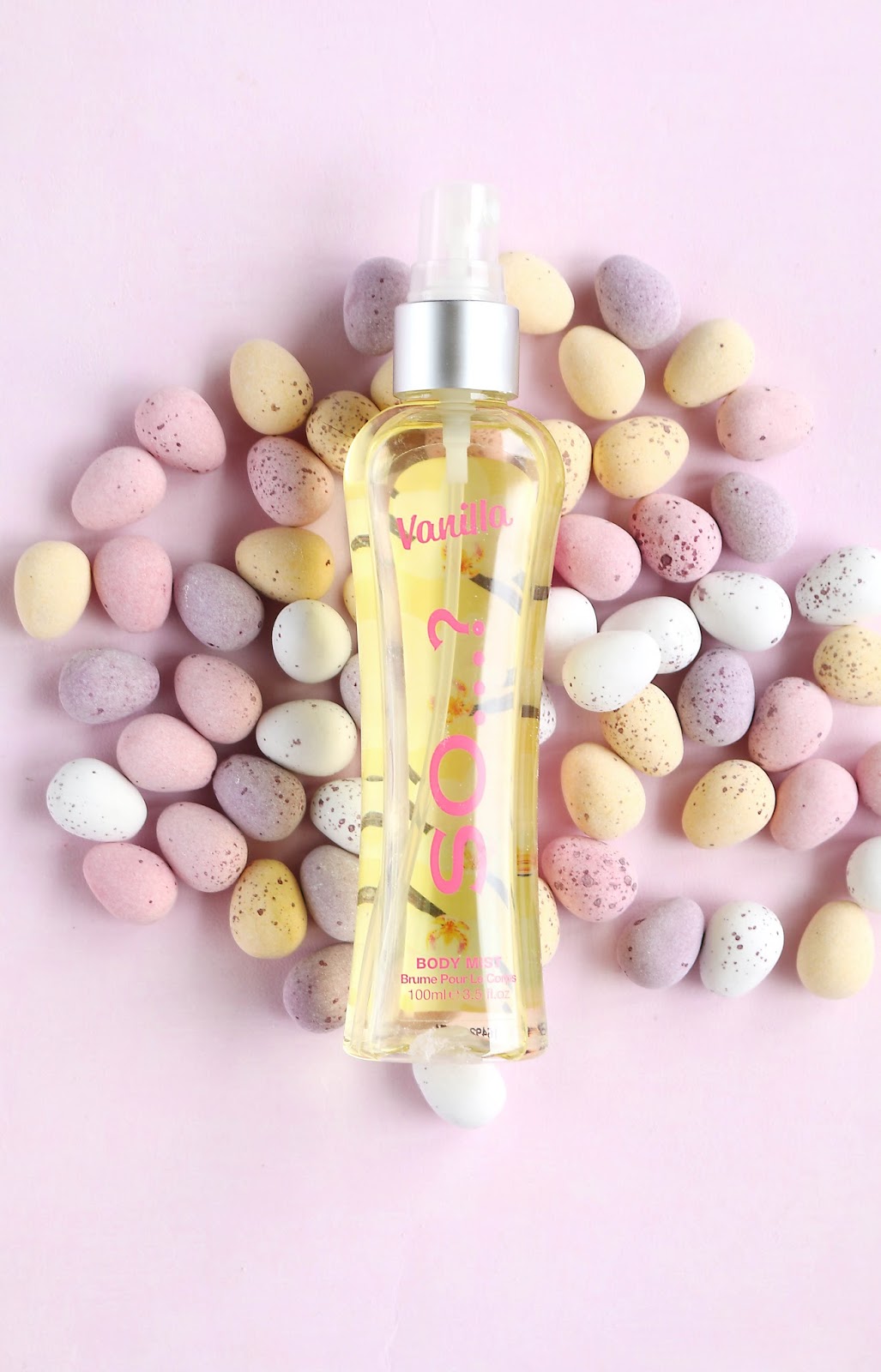 So I knew I had to blog about this spray.

It doesn’t have the exact scent but it’s pretty similar. You could use it as a body spray, or a room spray, the world is your oyster, or should I say Mini Egg?

The spray seems to be available from Boots, and supermarkets, it’s only £1.99 right now in Boots, so what are you waiting for? Also don’t confuse it with the one called Vanilla Milkshake, that is a different one, similar name but different, you want the Vanilla one. 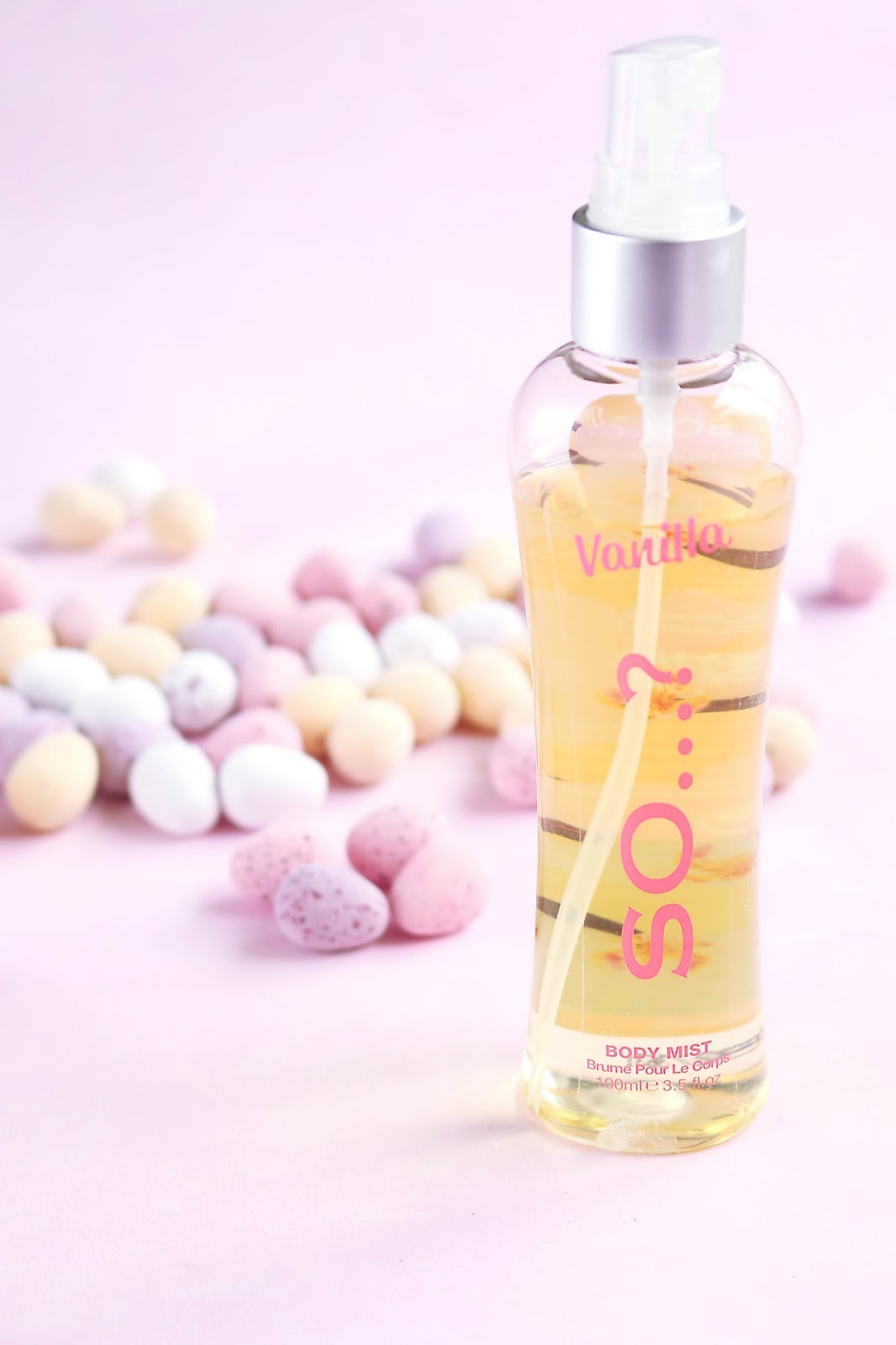 This probably won’t change your life (well maybe it will) and it probably won’t replace your normal perfume/room spray butttt for a couple of quid, who doesn’t love the smell of Mini Eggs right? Wear it all Easter weekend like you are a Mini Egg.

Things will be back to normal tomorrow with an outfit post haha but hey I hope that at least one of you, is as obsessed as I am, with the smell of Mini Eggs.

So now you have to tell me, do you sniff the bag of Mini Eggs like an absolute weirdo like I do, or are you more of a Creme Egg fan? Tell me your fave Easter snack…

Hair Chat: What Dye I Use & How To Dye Your Hair At Home