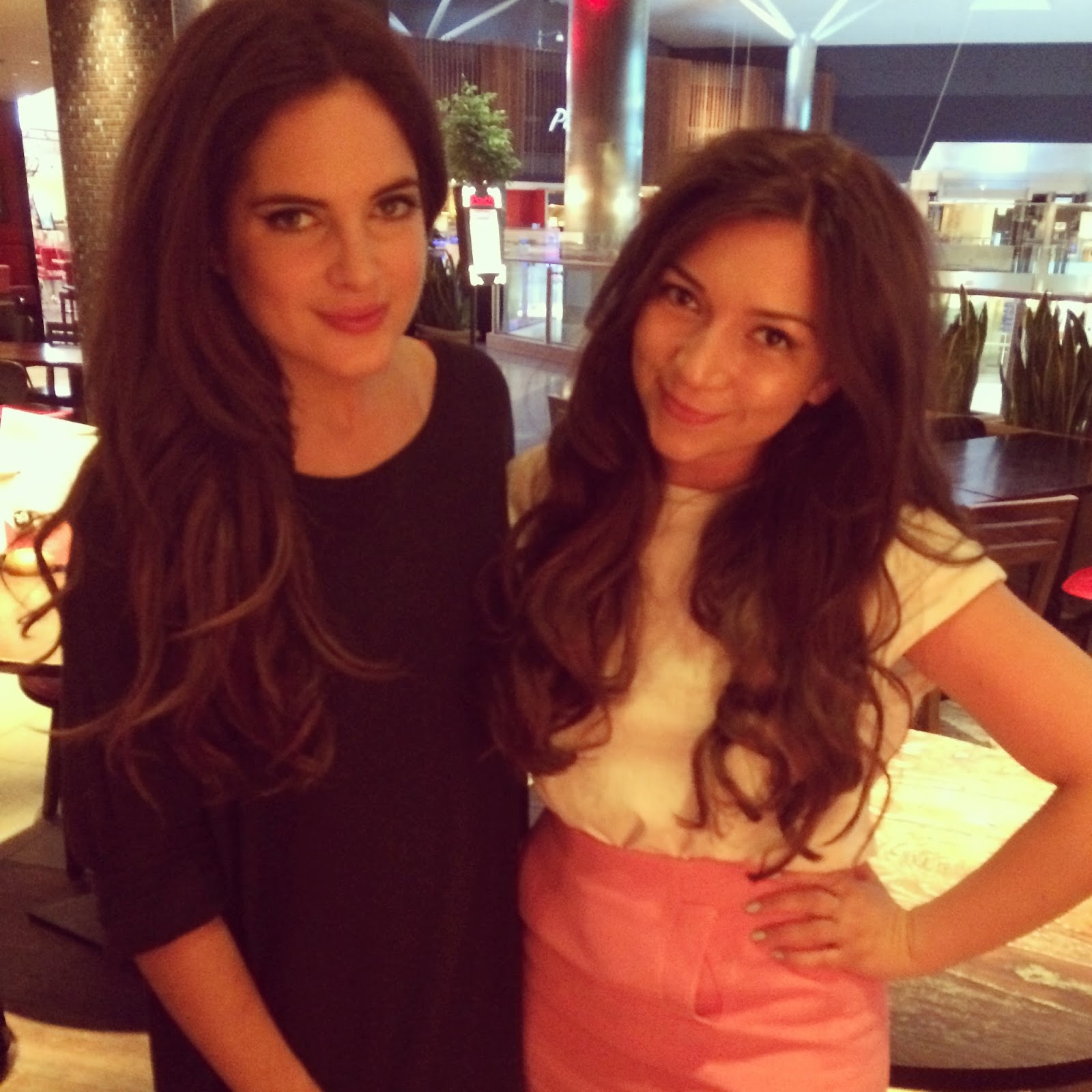 I love Made in Chelsea. And let’s be honest I think everyone who reads this blog probably already knows this. Ever since the first season, I have been obsessed with the show, and well with the people too. You can imagine my delight when an invite popped into my inbox inviting me to dinner with Binky Felstead, from the show. Actually lets scrap delight, I practically squealed like a little pig. I was so darn excited. I was sworn to secrecy so you can imagine how hard it was keeping it to myself. I did though, phew. So last Monday evening, I was invited down to West Quay in Southampton, to dine with Binky at Nando’s. It’s not the most Chelsea of places; especially after a couple of weeks ago when Marc Francis said he thought it was ‘a wine bar.’ We didn’t drink wine though, we just ate chicken. The event was to promote West Quay’s new dine till 9 opening hours, so after a long day shopping, you can head up to the food court and fill up on some grub. What is it about shopping that makes you SO hungry? 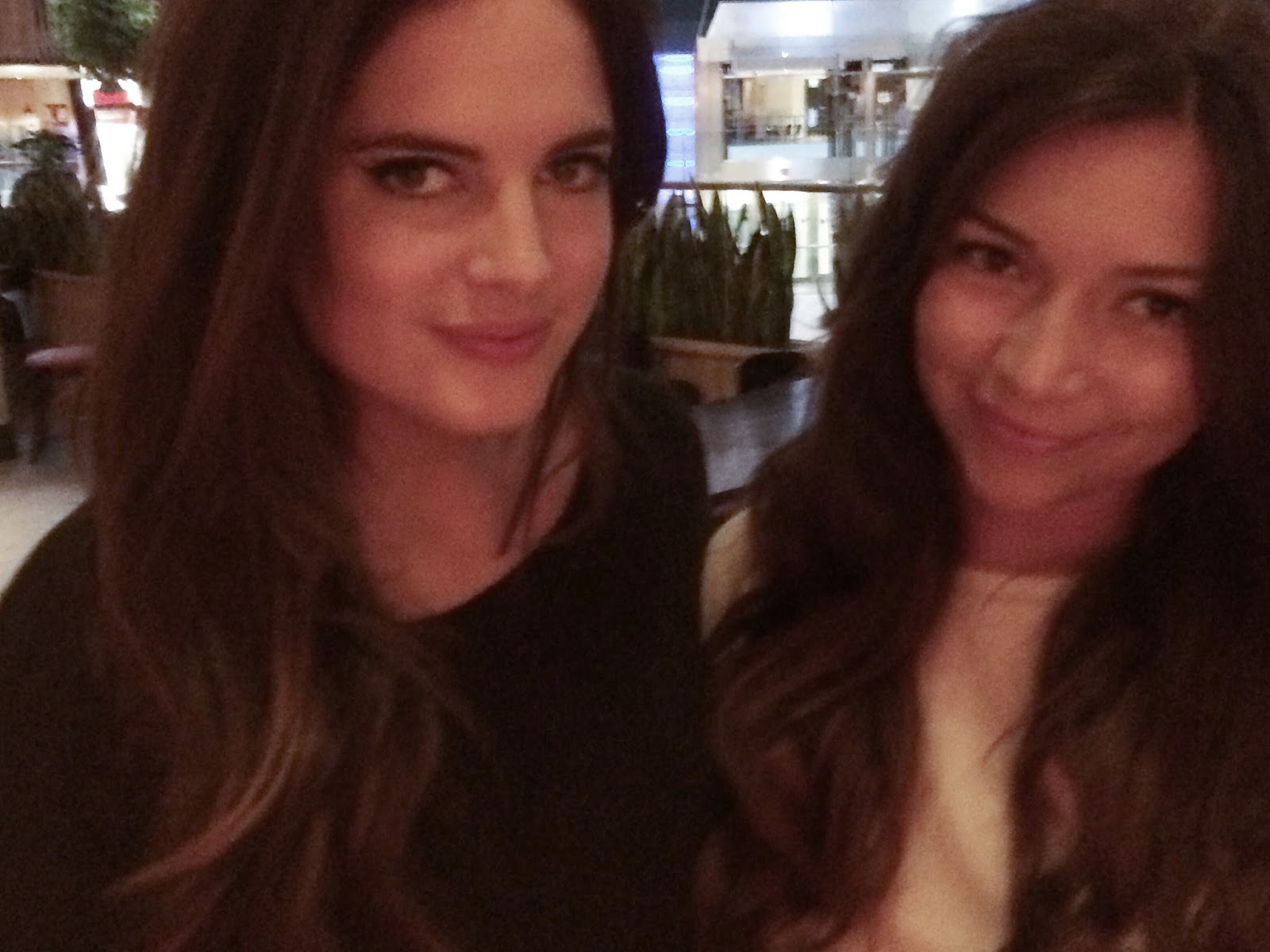 I’m super happy to tell you that Binky is just as nice in person as you’d imagine. Down to earth and tiny, she is lovely and super chatty. There was only a few of us at the event, myself, a couple of press, and some competition winners. It was pretty chilled and intimate, and with Binky being sat opposite me, she was more than happy to answer my beauty related questions. Just before we start the topic of Alex was pretty much off the table, she did however say that she ‘hadn’t wanted a relationship on the show, but you can’t help your feelings’ And the show had a ‘relationship curse.’ She said that this series had been hard for her to watch for both her and her family and friends, and as the night I met her was the episode where Alex got an almighty slap, she said she wouldn’t be tuning in.

Of course I jumped at the chance of asking her some beauty questions, I wanted to know if Binky read any beauty blogs as she writes one herself for Mail Online, she said she doesn’t really get much of a chance but loves writing hers, she also makes beauty videos, but says she sometimes struggles when making the videos cause she has to talk to camera. Her favourite beauty products are; skincare wise she uses Pond’s Cold Cream Cleanser, its something her family have always used and her mum is a big fan too! We all love Binky’s Mum especially after she called Alex a gimp! Binky also loves Elizabeth Arden’s Eight Hour Cream. Her favourite foundation is MAC Face & Body which is a favourite amongst many celebs! So that’s how she gets her dewy base! Both Binky and me spoke about how obsessed we are with being tanned, it was nice to find someone who understands how important a tan is!! Her favourite tan is the Rimmel Sun Shimmer tan, which she’s actually the face of, it’s wash off, so you can wear it just for the night.

Made in Chelsea goss wise, Binky revealed the cast are off to NYC this weekend gone,  to go film the next season for two months! I am so excited to see this! She also said how her best friends on the show were Rosie & Louise. Food wise, Binky ordered a medium half chicken with macho peas and she loves hot food! She’s certainly more daring than I was! Binky was so lovely though and was more than happy to take pictures which was so nice! I had such a lovely evening, and I’m so happy that I finally got to meet one of my favourite Chelsea girls 🙂